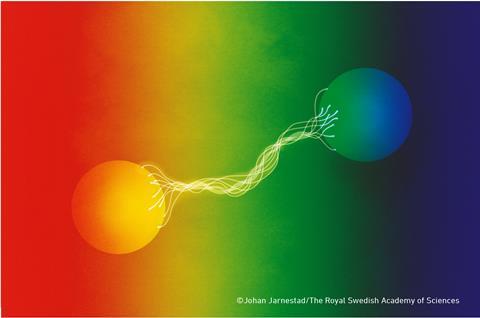 Three scientists have won the 2022 physics Nobel prize for laying the foundations for quantum computing. Alain Aspect, from the University of Paris-Saclay in France, John Clauser at J F Clauser & Associates in the US and Anton Zeilinger at the University of Vienna, Austria, share this year’s prize for their pioneering experiments conducted between the mid-1970s and late 1990s.

The trio found ways to investigate and control particles that are in quantum entangled states. Entangled particles share information even if they are too far apart to affect each other. This shared state means each particle cannot be described independently of the other, and as soon as one particle’s state is measured, the other’s can be determined without further measurements. 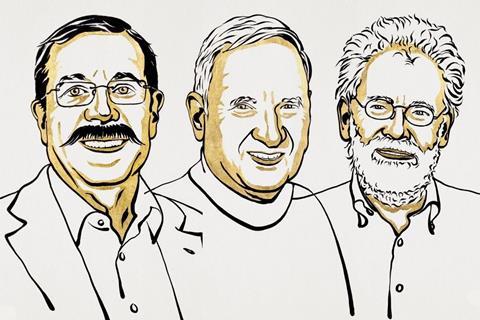 Aspect, Clauser and Zeilinger’s experiments proved that entanglement is based on quantum mechanical indeterminacy, rather than a set of hidden variables that particles carry with them. Their work established the field of quantum information and has practical applications in quantum computation and quantum encryption. Entanglement is likely necessary for quantum computing to be exponentially faster than classical computation.

Quantum computers have been hailed as a breakthrough for simulating chemical systems. Their quantum nature represents how atoms and molecules interact much better than a classical computer’s electronic signals. The first commercial quantum computers became available just a few years ago, with chemists being among the first to adopt them for their calculations.

So far, quantum simulations have been confined to systems such as hydrogen molecules, and lithium and beryllium hydrides. But chemists are eagerly awaiting quantum computers that have more qubits and are less error prone – they could simulate the interactions of important molecules like water and ammonia.