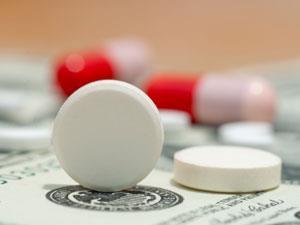 The pharma industry has become the backdrop for what might be the biggest insider trading case in US history – a $276 million (£173 million) charge relating to bad trial results for Alzheimer’s disease drug candidate bapineuzumab.

US authorities claim that in 2008 Mathew Martoma, a hedge fund manager, was able to avoid losses of $194 million and make gains of $82 million in response to confidential clinical trial data.

He was allegedly tipped off by Sidney Gilman, a neurology professor at the University of Michigan and chairman of the safety monitoring committee overseeing the trial, shortly before the data were made public. The data showed that the side effects of the candidate were worse than expected.

Martoma prompted several hedge funds to sell more than $960 million of financial securities, such as shares, relating to the two companies developing the drug: Irish firm Elan and Wyeth (now part of Pfizer). He also went on to set up ‘short’ positions on the shares, effectively betting on the share price falling.

When the data were made public, the Elan and Wyeth share prices fell as investors rapidly adjusted their predictions. Meanwhile, Martoma was allegedly awarded a $9.3 million bonus at the end of 2008 in large part as a result of this work.

Gilman has agreed to pay $234,000 to settle the charges brought by the US Securities and Exchange Commission (SEC). Meanwhile, the US Attorney’s Office for the Southern District of New York has announced criminal charges against Martoma.

Intriguingly, the SEC says that Martoma met Gilman through an ‘expert network firm’ and subsequently paid Gilman $1000 per hour for ‘consultations’, handing over in total $100,000. They coordinated their consultations around scheduled safety monitoring committee meetings and during phone calls discussed PowerPoint presentations made during the meetings.

Such cases are not uncommon in the pharma industry, and in particular the biotech part, where share prices can move sharply in response to clinical trial results. But the Martoma case is remarkable for its scale. The SEC says that since October 2009 it has charged over 400 individuals and entities as part of insider trading cases – representing $875 million in illicit gains.

‘As alleged, by cultivating and corrupting a doctor with access to secret drug data, Mathew Martoma and his hedge fund benefited from what might be the most lucrative inside tip of all time,’ said Manhattan US Attorney Preet Bharara in a statement.