Duplicative and contradictory research rules need to be streamlined, the National Academies warns

Rules for regulating US government funded research are inconsistent and lead to duplication of effort. And the explosive growth of these rules in recent decades is undercutting the productivity of the nation’s scientific enterprise, warns a new report from the US National Academies of Sciences, Engineering and Medicine. 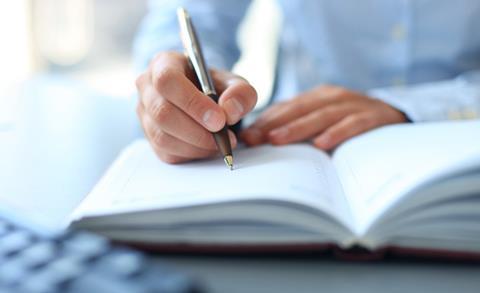 The report concludes that US regulations in this arena are diminishing the return on investment of research by directing investigators away from science onto admin. The National Academies panel emphasises that academic institutions and individual investigators often receive research funding from multiple US federal agencies, whose administrative requirements are not coordinated. Therefore, its report notes that regulations, reporting requirements and congressional mandates frequently overlap, resulting in duplication of effort.

The committee calls for regulations to be streamlined and harmonised, but it suggests that such efforts are hampered by a lack of empirical data about the administrative burden posed by the rules. ‘There is not any doubt that there is a rising administrative load, and researchers are spending a lot more time doing this than they were in the 1990s,’ says Larry Faulkner, chair of the committee that wrote the report, and president emeritus of the University of Texas-Austin. ‘There is also little doubt that the time investigators devote to compliance has to be taken away from their time doing research,’ he adds.

To help address the problem, the report urges Congress to create a public–private research policy board that would, among other things, establish a capacity for measuring the burden that this red tape poses to US researchers and the scientific enterprise. ‘There isn’t much data on the actual burden,’ Faulkner tells Chemistry World. He says there are only a few quantitative studies looking at this issue, and suggests that they are flawed.

This existing data includes two successive polls by the Federal Demonstration Partnership (FDP) – an association of government agencies, academic research institutions and research policy organisations – as well as internal analysis by Vanderbilt University in Tennessee, US.

The FDP’s most recent workload survey, released in 2014, found that principal investigators spent almost half of their available research time on project-related requirements instead of on the content of their research projects. In addition, initial results from an analysis launched by Vanderbilt in 2014 indicated that approximately 11%, or $150 million, of that school’s 2013 expenditures were devoted to compliance with federal mandates.

Regarding the FDP analysis, Faulkner questions the fact that certain kinds of activities were counted as compliance, such as the time required to write research grant proposals. ‘The first time that someone does a proposal, that’s scholarship, it’s not compliance,’ he says. However, Faulkner acknowledges that investigators often must send their research applications to several agencies. ‘If you do a grant proposal multiple times and you are having to redo it for various agencies, then it becomes more of a compliance issue,’ he says, noting that it is unclear how to interpret the FDP data. ‘It would be in the nation’s interest to get better data on the actual burden,’ Faulkner states.