Researchers call on EU to save Italian research

Disillusioned by the lack of public funding for science in Italy, a group of Italian researchers has petitioned the EU to force the government to raise the national science budget. The online petition has amassed over 63,000 signatures so far. 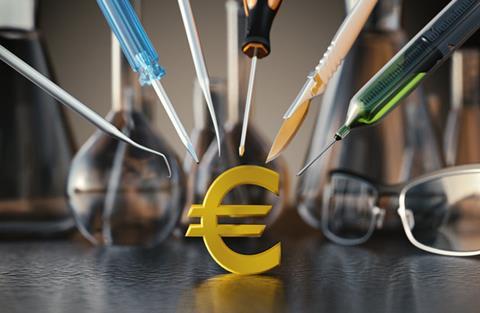 Italy's national spending on research is around 1.29% of GDP, well below the 3% target set in the 2000 Lisbon Treaty

Scientific research across Italy has been on the sharp end of a series of funding cuts in recent years, with national research centres being scaled back and applied research grants drying up after the modest €140 million (£108 million) fund was wiped out in the country’s 2015 budget. But universities have borne the brunt of cuts with funding falling by €1 billion or 13% since 2009, according to some estimates.

As a result university recruitment has ground to a halt, and open research positions have fallen dramatically in the past six years, according to Giorgio Parisi from the Sapienza University of Rome, a signatory of the petition. ‘This meant that most of the people that retired were not being replaced,’ he says. ‘We have many, about [10,000–20,000], young researchers that are abroad, that cannot come into Italy just for a lack of positions.’

The cuts are partly a result of Italy’s precarious financial position, but have also been linked to attitudes popularised by the government of Silvio Berlusconi. ‘The minister of the economy [at that time], Giulio Tremonti, declared that you cannot eat culture,’ explains Parisi. ‘His opinion was that culture and science were not necessary for Italy, but I do not understand why he arrived at this conclusion.’

In an effort to reverse the downward trend in funding, Parisi, along with 69 other Italian scientists, published a letter in Nature last month calling on the EU to demand member states keep their R&D budgets above an agreed minimum level. Italy’s public and private spending on research is currently around 1.29% of GDP, lagging behind other European countries such as Germany, which spends approximately 2.84% of GDP.

Parisi believes the EU can put pressure on the Italian government as their R&D output falls well below the target set in the Lisbon Treaty of 2000, in which member states agreed to bring national research spending up to 3% of GDP. Only Denmark and Austria have met this target with an R&D output of 3.08% and 2.99% respectively, as of 2014.

It is unclear what impact the petition will have on EU policymakers, but Parisi is adamant the spending disparity between countries will distort competition for funding applications if the EU does not act. ‘The difference between countries will certainly increase with time,’ comments Parisi. ‘If Italy wants to remain at the highest level between the developed countries, it is quite clear that the … sector of R&D is crucial.’