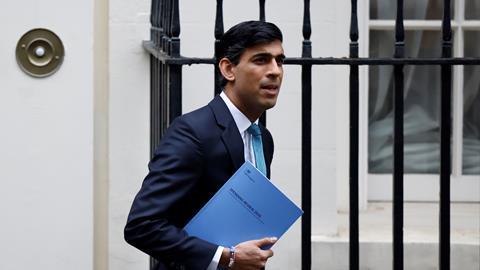 The review sets out plans for public spending over a fixed time period. While the last few spending reviews covered five years, this one only looked at the next year – a consequence of the pandemic.

‘Today’s spending review gives a welcome and long-term commitment to funding for research and development,’ said Beth Thompson, head of UK/EU policy at the Wellcome Trust. ‘Given the current economic circumstances, I am really pleased to see the increased investment … keeping us on track to reach the government’s goal of £22bn invested in R&D by 2024–25,’ agreed Daniel Rathbone, assistant director at the Campaign for Science and Engineering.

Scientists were particularly happy with the government’s decision to stick with their plans to boost science funding to 2.4% of GDP by 2027, which were announced in March, before the pandemic’s impact became apparent. This goal, which would align investment in science in the UK with the OECD average, confirms that science is seen as an exit strategy from the health and economic impacts of Covid-19, wrote Ben Bleasdale, policy adviser at the Wellcome Trust.

There’s not much detail available on where the £14.6 billion will be spent, with a few notable exceptions. National Academies and UK Research and Innovation’s (UKRI) core research budgets will increase by more than £400 million per year for the next three years. UKRI will also receive a further £350 million, including the first £50 million towards an £800 million investment in high-risk, high-reward research. No mention was made of the British Advanced Research Projects Agency, modelled on the US version, but £800 million was earmarked for this project earlier this year meaning the body may now come under the auspices of UKRI.

Up to £17 million will go to translating knowledge into new jobs, businesses and economic growth. Innovate UK’s grant programmes and the Catapult Network – both of which support small and medium-sized enterprises – will receive £490 million in 2021. There is also £128 million earmarked for Covid vaccine research and manufacturing, and £200 million for the net zero innovation portfolio.

‘The announcement of a significant increase in investment for research and development is a step in the right direction, however we would like to see a clear plan to reach the pledge of £22 billion by 2024–25,’ said Tanya Sheridan, policy and evidence manager at the Royal Society of Chemistry. There has been no mention of how Brexit will affect the chemistry community, she said, and no comment on whether UK scientists will have access to the EU’s €85 billion (£74.6 billion) research initiative, Horizon Europe, which will launch next year.

‘The government’s commitments show that they can see the societal and economic benefits that science can bring, however, today’s announcements leave many unanswered questions on those threats, especially on EU exit, when certainty is most urgently needed,’ Sheridan added.