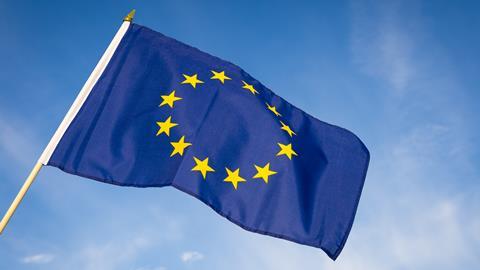 Explainer: How would UK science be affected by a no-deal Brexit?

The post-Brexit transition period ends on 31 December 2020. The UK government and the EU are negotiating right up to the wire on the details of their future relationship. If no agreement is reached by the time the transition period ends, vast swathes of the economy and society will be affected, not least by the high levels of uncertainty associated with no-deal. The regulations that oversee the movement of people, goods and services would change abruptly overnight with huge implications for research funding and employment, and access to data and supplies. While the UK government has tried to reassure the science community, there is a significant lack of clarity and detail on how they plan to protect the sector. But one thing’s for certain, the UK’s relationship with Europe will never be the same again, and will likely require constant adjustments and negotiations for years to come.

What will a no-deal Brexit mean for scientific collaboration between the EU and the UK?

Brexit uncertainty has already had a clear impact on the UK’s ability to attract funding and talent. According to the Royal Society, the UK’s annual share of EU research funding dropped by almost a third (£450 million) since 2015, thanks to an almost 40% drop in UK applications to Horizon 2020, the EU’s research programme.

The UK will remain a full member of Horizon 2020 until the programme ends. Researchers will still be able to collect funding if their bids were successful. Although the programme formally ends this year, some grants will be paid out after 1 January.

The new €85 billion (£75 billion) seven-year Horizon Europe programme will begin in the new year. The UK is negotiating with the EU for association membership which gives many of the same rights as EU member states. Switzerland, Norway and 14 other non-EU countries have this status.

The EU has asked the UK to pay a ‘joining fee’ (£15 billion has been mentioned and was calculated on the basis of GDP). It also wants a top-up payment if UK applicants win more than that in grants – historically, the UK has received more than it paid in. Universities UK International estimates that this top-up could reach £3 billion over seven years.

If associate membership can’t be agreed, the government can choose to participate in Horizon Europe as a third country via a ‘pay-as-you-go’ approach. But it would no longer be eligible for three of the EU’s major programmes: the European Research Council (ERC), the Marie Skłodowska-Curie action grants (where the UK currently wins over 20% of available grants) and the European Innovation Council.

It’s not clear if any agreement has been reached. The full details relating to association or pay-as-you-go may only be worked out in the new year.

The Royal Society estimates researchers and small and medium-sized businesses (SMEs) could lose out on £0.5 billion a year. UK SMEs receive 17% of their R&D funding from EU SME Instrument funding. Without a deal, UK SMEs will not be able to access this.

Will the UK government plug the gap?

In the event of a no-deal, the UK government has said it will establish a fund to support researchers at all career stages, as well as scaling-up existing domestic grant schemes. The fund would provide large, long-term grants to researchers in the UK or elsewhere. But questions remain on when it would start, eligibility, and terms and conditions of grants. Researchers say the fund must be independent of government, and warn of major logistical challenges and costs. What’s more, in global terms, any new UK programme will be relatively small, which reduces the UK’s ability to set the regulatory and research agenda.

What will a no-deal Brexit mean for freedom of movement?

It will make things more complicated for UK-based scientists wanting to move to another EU country. Researchers will have to follow individual nations’ immigration rules.

Deal or no deal, Brexit will affect the flow of researchers. UK immigration policy will change from 1 January 2021 regardless. A new points-based immigration system will cover all non-UK nationals. EU citizens wanting to work in the UK will need a visa, a job, a salary above a certain threshold and pass an English language test.

A new ‘global talent visa’ for researchers and technicians named on grants offers a faster route to permanent settled settlement. But costs could be a deterrent. A family of four could face upfront charges of £15,000–17,000 for a five year visa. Currently, one in six academic staff in UK universities are from EU countries.

It’s looking increasingly likely that the UK will not participate in Erasmus+, the student exchange scheme, which usually involves 17,000 UK students a year. The EU is reported to have offered access to the seven year programme for a fee calculated on GDP. But the UK wanted time-limited participation.

The Treasury has agreed funding for an alternative. The UK government would fund UK students to go abroad but would not support EU students coming to UK universities. It would have to agree bilateral deals with other countries interested in funding their own students to exchange with UK universities.

Will access to drugs and clinical trials be affected?

A no-deal means no ‘mutual recognition’ agreement, where each side accepts each other’s standards on drugs and clinical trials. This will significantly disrupt access to both. Millions of medicines and trial drugs that enter the EU from the UK will face extra quality and safety checks causing delays. Without a mutual agreement, UK-led trials in European countries will need to hire an individual or organisation in the EU as a legal representative – many universities and charities have already done this.

Researchers running clinical trials routinely transfer personal data between trial sites in the UK and EU. However, it is still unclear whether personal data will be allowed to flow as it has in the past. The EU must decide if the UK’s data protection regulations are adequate but EU negotiators have expressed concern at the UK’s widespread use of surveillance. Until this is resolved, UK entities that depend on exchanging personal data with the EU will have to find alternative arrangements.

If data sharing gets harder, this will also affect the UK Medicines and Healthcare products Regulatory Agency’s (MHRA) ability to approve drugs. From January, the MHRA will separate from the European Medicines Agency and its workload will increase substantially.

Without a deal, researchers have warned that all kinds of critical supplies could be held up at the border. For example, at the end of the year the UK leaves Euratom, the single market for the trade in nuclear materials and technology. Doctors fear for the supply of imported medical isotopes to treat cancer.

New customs regulations could disrupt imports of supplies ranging from liquid gases to short-lived antibodies. Suppliers are working on alternative arrangements such as diverting deliveries away from the ports in southern England where long waits are expected.