US researchers have found that strategies for conserving water in green buildings can lead to higher levels of bacteria in the plumbing systems, with potentially serious implications for public health. 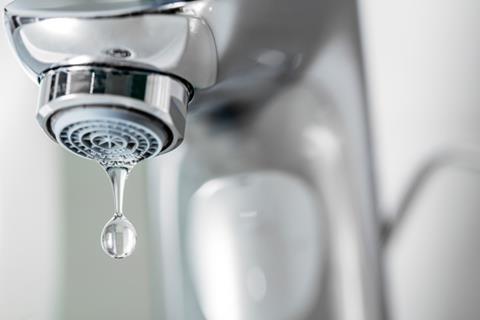 Water saving measures in green buildings can result in higher water age, raising the risk of corrosion and microbial growth

William Rhoads and colleagues at Virginia Tech conducted a survey of the drinking water quality in different types of green building, from an office to a net-zero energy home. They measured the chlorine levels, temperature and microbial content, including the prevalence of Legionella bacteria, the cause of Legionnaires’ disease. They found that chlorine disinfectant decays up to 144 times faster in green systems due to high water age.

Rhoads feels that their study is important in the current construction market. ‘We are at the beginning of a green building revolution where new products and approaches to water and energy conservation are coming to the market much faster than we can critically evaluate their impact.’ The US Green Building Council estimated that 40–48% of new non-residential buildings would be classified as green by 2015, and water saving measures are now being widely adopted. These include low-flow water fixtures, which use high pressure techniques to produce a strong flow with less water. As a result, drinking water is sitting in green buildings for longer than in traditional constructions, risking problems with corrosion, unappealing taste and microbial growth.

John French, project director of The Enterprise Centre at the University of East Anglia, the UK’s greenest commercial building, agrees that swift action is needed: ‘This research provides a very valuable set of findings about the impact of water age in green buildings and as such the green and eco-building industry needs to address these findings as a priority.’

UK-based independent consultant in drinking water research and analysis Mark Smith describes the report as ‘thought provoking’, but warns that the techniques may not be universal. ‘The study emphasises chlorine residuals within building water distribution systems. Care must be taken as these residuals are normal for American systems but are much higher than those encountered in the UK and other countries.’

Rhoads tells Chemistry World that many unknowns remain. ‘This study is meant to highlight the scientific understanding that we do have relative to public health, and to point out just some of the data gaps that still exist.’