Scientific advances should be considered when updating US chemicals law

As the US Congress stands poised to modernise the now 40-year-old Toxic Substances Control Act (TSCA), experts recently gathered on Capitol Hill to discuss how new tools to assess toxicity, bioactivity and chemical exposure can support the law and instil confidence in the safety of chemicals currently on the US market. 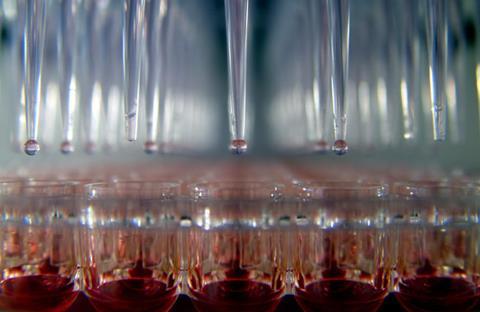 ‘Concurrent changes and advances in test methods and the TSCA reform for the first time in decades will set the groundwork for how we view chemical safety for decades to come,’ said Tom Connelly, the executive director and chief executive of the American Chemical Society. Reform of the 1976 law, which regulates the introduction of new or already existing chemicals in the US, has been elusive and controversial.

The experts gathered at the briefing agreed that tremendous advances had been made since the 1970s in understanding how chemicals can interact with biological systems – at the molecular, cellular and organ level. For example, high throughput screening now enables thousands of chemicals to be evaluated in a matter of hours or days.

‘These advances that have been made give us unprecedented opportunity today to apply these to understand the bioactivity and exposure to set risk-based priorities for thousands of chemicals,’ stated Rick Becker, who directs the American Chemistry Council’s (ACC) science and research division. He said these can be used to infer or predict toxicity by comparing biological profiles of less studied substances to those well characterised.

Cal Dooley, the ACC’s president and chief executive, said these new technologies will provide ACC member companies with more cost-effective tools to make determinations about which chemicals merit additional investment. It would free them from reliance on time-consuming and costly animal studies, he suggested.

TSCA reform represents an opportunity to ‘improve upon the regulatory construct’ by giving ‘the EPA more tools, more authority to place a little more demands on industry to provide that technology or information’, Dooley said.

John Wambaugh, a physical scientist at the EPA’s National Center for Computational Toxicology, noted that the agency’s new Tox21 initiative, a multi-centre project in the US, has recently reported the results of tests on 10,000 compounds on cell assays. Wambaugh also pointed to the EPA’s exposure forecasting project, dubbed ExpoCast, which aims to link information on the potential toxicity of environmental contaminants to real-world health outcomes.

Another development discussed by Crofton is ‘organs-on-a-chip’, which can be used to replicate human biological interactions within tissues and organs. He explained that a range of stem cells found in organs can be grown in a microfluidic system carved out of a microchip to create a model of different organs. ‘Right now, the throughput on an organ-on-a-chip is going to be really small, but there might be a way that we can actually begin to do what I call putting humpty dumpty back together again,’ Crofton stated.

In addition, he said the EPA has launched an programme to create a curated chemical structure database of more than a million unique substances with quality control flags to indicate confidence in structural associations. The agency is also developing pharmacokinetic models for hundreds of chemicals, he added.

Kate Willett, a toxicologist at the Humane Society of the US, noted that the critical goal of this legislation is to protect human health and the environment. This means a system is needed that can quickly identify potential problems and address them in the most time- and cost-effective way possible.

Willett stressed that any new TSCA reform measure must allow for ‘the continuing evolution of this science’. Therefore, she said the final updated law should require that all alternative approaches are used before moving to animal testing. ‘Reducing reliance on animal testing allows more chemicals to be more thoroughly assessed in the most efficient way possible – a win for environmental protection and the industry, and also for the animals that are used in this testing.’