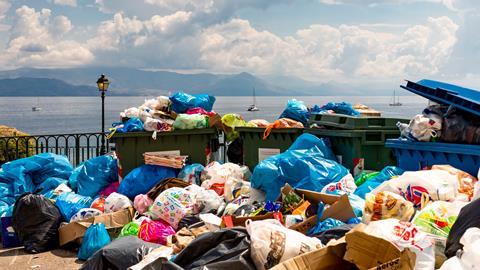 Climate change has the Intergovernmental Panel on Climate Change (IPCC) and biodiversity has the Intergovernmental Science-Policy Platform on Biodiversity and Ecosystem Service (IPBES), but no comparable body exists to oversee the environmental impact of waste and chemicals. Now, an international group of scientists is calling for an equivalent body for chemicals and waste, and the idea has been broadly welcomed.

The science-policy body would conduct scientific assessments, identify emerging concerns, and connect policymakers and scientists, providing a scientific basis for action on chemicals and waste, says Zhanyun Wang, a senior scientist at ETH Zurich in Switzerland and one of the scientists proposing the new body. ‘We need international cooperation to address issues that transcend borders, such as heavy metals, persistent organic pollutants and plastic wastes.’

Wang and his colleagues argue that the scope of existing bodies is ‘limited and fragmented’, meaning the international community performs poorly when it comes to finding out about, and responding to, new scientific findings. Other concerns include a lack of ‘horizon scanning’ and early warning mechanisms, one-way-communication where policy developments aren’t always relayed back to the scientific community and a lack of wider scientific community involvement.

The Royal Society of Chemistry (RSC) has also backed calls for a new body to oversee chemicals and waste management made by the United Nations Environment Programme. The society has said it wants to see an independent Intergovernmental Science-Policy Platform for Chemicals and Waste Management created. The RSC wants the body to have the same status as the IPCC and be staffed by the ‘world’s best scientific talent from the academic community’.

Arlene Blum, executive director of the Green Science Policy Institute and a chemist at UC Berkeley, says the proposal is long overdue. ‘There is no coordinated global science-policy effort for tackling the serious threats associated with chemical pollution. [We] require a proper forum where independent scientists can inform decision-makers and the public about threats, as well as learn about the current policy needs and how they might be able to contribute.’ An independent forum is key because many academics are often cautious to get involved as many have been attacked and labelled as advocates, she adds.

Saleem Ali, professor of energy and the environment at the University of Delaware, also supports the idea. ‘The scale and scope of new chemicals being developed cannot be effectively monitored by individual governments nor with the existing committees of chemical conventions,’ says Ali. ‘The key advantage of a new body would be that it could be proactive in making sure early threats can be identified.’

Both Blum and Ali agree that the IPCC and IPBES have shown such panels can build international consensus on environmental action, raise public awareness and attract independent scientists. But Ali suggests the panel should be more modest in size, making it more nimble, like the International Resource Panel, which has around 45 member scientists.

Compared with the IPCC, a chemistry and waste body would have a much more limited scope and tighter focus, and would be linked to a particular industry, points out Jim Skea, professor of sustainable energy at Imperial College, London, and co-chair of an IPCC working group. ‘It’s up to the sector to decide if they want such a body, or would prefer a more agile process, but one which might be less effective at getting all governments on board.’ The processes of the IPCC and IPBES may take a long time, but there is a high level of buy-in from governments. ‘It is a slow burn, but when something is produced it is very powerful. Look at the success that the IPCC has had with the Kyoto Protocol and the Framework on Climate Change, for example.’

The International Council of Chemical Associations (ICCA) says it ‘recognises the value’ in establishing a ‘global science-policy interface’ for chemicals and waste. In particular, it supports thematic subsidiary panels with specialised platforms. ICCA suggests that any body sitting at the science-policy interface should be multi-stakeholder, with industry nominating scientists to serve on it. It should also have a clear mandate, and should not have sole authority to determine issues of concern or action on issues of concern.