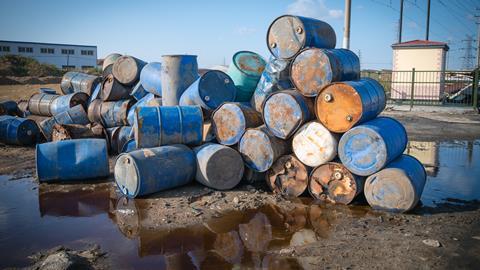 Calls are growing for a global science-policy platform to oversee chemicals and waste, equivalent to the Intergovernmental Panel on Climate Change (IPCC). But there are concerns over how long it is taking for the UN to act on the proposal. In response, the Swiss government will table a resolution to establish a body at UNEA5.2, the UN Environment Assembly’s virtual meeting in February next year.

An intergovernmental panel to improve the science-policy interface has widespread support. Jochen Flasbarth, a German environment minister, stresses the need for action but notes that this requires political will, awareness-raising and resources. Tom Welton, president of the Royal Society of Chemistry, also endorses the proposal. He likens the Intergovermental Panel on Climate Change (IPCC) and the Intergovernmental Science-Policy Platform on Biodiversity and Ecosystem Services (IPBES) to a two-legged stool, arguing that a third chemicals ‘leg’ is key to balance it. ‘The limited, fragmented science-policy interactions on chemical waste management are contributing to health and environmental damage across the world,’ Welton said in an opinion article. ‘We, as chemists, are uniquely placed to become the engine room of the campaign against chemical pollution and waste.’

Proponents of an intergovernmental panel argue the international community is not good at tracking and responding to new scientific findings on chemicals waste. A new panel would assess findings, identify emerging concerns, and connect policy makers and scientists, providing a scientific basis for action. A campaign organised by the International Panel on Chemical Pollution in March has collected over 1700 signatures of scientists backing the idea of an agency for chemicals and waste.

Why is it taking so long to act on waste and chemicals globally?

Many governments and experts may be frustrated at the slow pace, but they should recognise that it took over five years to establish IPBES, comments Bob Watson, a chemist and former chair of both the IPCC and the IPBES. ‘While a long process, it meant governments were fully on board. People need to be pragmatic – establishing new mechanisms take time. Everybody needs to agree to a set of principles and procedures that establish legitimacy, credibility, transparency; process is everything.’

Zhanyun Wang, a senior scientist at ETH Zurich and the organiser of an open letter in Science last February pushing for an international chemicals body, blames the pandemic for the delay. ‘In order to initiate the establishment of such a body, a consensus/mandate from countries is needed. However, due to the pandemic, countries were not able to meet and discuss technical matters. It’s a general challenge for international diplomacy.’

But the good thing is that the international community doesn’t need to start from scratch, Wang says. ‘I am hopeful that such a body can be set up relatively fast. As the global threats of chemical pollution become increasingly urgent, the faster such a body can be set up, the faster it can start working to inform the scientific and policy communities,’ he points out. ‘For example, it is likely that UNEA5.2 will also initiate an intergovernmental negotiation to establish a global convention on plastics. This can be a challenging process, given the complexity of plastics and associated issues. And this is where such a science-policy body can help to inform the negotiation.’

Watson, who favours an IPCC-like panel after co-authoring a UNEP paper last year on strengthening the science-policy interface for chemicals, believes the Swiss resolution is an important stimulus. However, it would be even better if a group of developed and developing countries submitted a joint resolution, he says.

Then UNEA will need to approve and initiate a negotiating process to establish the principles and procedures, which need to include many key issues from scope to secretariat location. One major stumbling block is likely to be cost, as it has often been for the IPCC and IPBES, which each cost $5–$8 million (£3.6–£5.8 million) per year, Watson notes. Other issues include governance structures and collaboration with existing mechanisms.

Wang agrees that the Swiss resolution will speed up the process and result in preliminary negotiations about next steps. ‘IPCC and IPBES have shown how such bodies can have huge impact on increasing public awareness and urgency, and informing international and national governance. So I am confident that such a body will be a great help to make the global threats of chemical pollution much more visible to the public and policymakers globally, including early warning of issues of concern, and inform future actions.’

Saleem Ali, a professor of energy and the environment at the University of Delaware, US, also welcomes the ‘growing momentum’ led by Switzerland. Ali was part of a team that issued a report earlier this year that highlights the many benefits of a more effective science-policy interface for chemicals and waste. He is concerned that the delay so far may be due to a lack of funding to support a panel’s secretariat, as well as postponement of major international gatherings.