US will become a net exporter as new plants come online, with extra production absorbed by growth in China

A surge in new US methanol production capacity is anticipated over the next few years, driven by readily available shale-derived feedstock. This is likely to have serious impact on global trade and shipping, as the nation is expected to become a net exporter of methanol as soon as 2016. 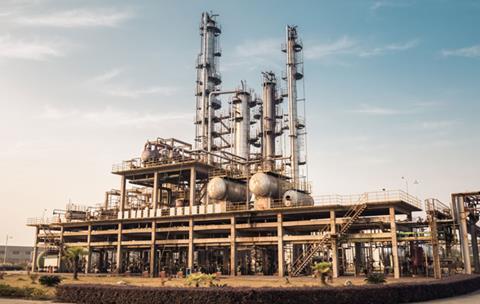 High gas prices in the early 2000s meant many US methanol plants had to shut down; readily available feedstock from shale gas

US methanol production was historically fairly robust, until high gas prices in the early to mid-2000s rendered it unprofitable. Most methanol plants in the US and Canada had shut down by 2005.

Prior to 2015, the US imported approximately 5 million tonnes of methanol per year, mainly from Trinidad and Tobago and Venezuela, according to global shipping consultancy Drewry. However, new methanol plants have now come online in the US and many more are planned.

For example, Canadian firm Methanex relocated two plants from Chile to Louisiana in January and December 2015. In addition, US-based speciality materials company Celanese, together with Japanese firm Mitsui opened a 1.3 million tonne/year methanol production unit in Texas in October 2015. Celanese is reportedly considering building a second such plant in Texas.

Dave McCaskill, the vice president of methanol and derivative services for Argus JJ&A, based in Texas, says the methanol plant construction boom is ‘very much driven on the expectation that US methanol production would be very economical compared to methanol production around the world.’ However, the question remains whether a market exists for all the excess methanol.

The methanol industry is estimated to be growing globally in excess of 3 million tonnes per year. ‘Over many years, it can be absorbed,’ McCaskill says, pointing out that most of the planned methanol units in the US will produce 1–2 million tonnes/year. He predicts that there will be a lull in 2016 and 2017 while new methanol plants are under construction.

Amid all of this activity, methanol imports from places like Trinidad and Tobago are down as much as 40% since the beginning of the year, according to George West, a director at Chemical Intelligence in Texas.

The US market has historically relied heavily on imported methanol, with as much as 90% of its supply coming from other countries, but that is changing. ‘The US is going to take in a lot less methanol and start exporting quite a bit sometime next year,’ West tells Chemistry World.

South America has predominantly exported methanol to the US and Europe, and now its US market will likely go away, McCaskill says. ‘Methanol coming from South America and elsewhere will have to find a new home in Europe, as well as in parts of Asia,’ he adds.

China will likely be the endpoint for the South American, US and Middle East methanol shipments. In 2015, China imported 5 million tonnes of methanol, but by 2020 it is estimated that China will require as much as 18 million tonnes.

But production capacity is not the only problem. In order to ship an extra 13 million tonnes of methanol to China, McCaskill says the US will need about 70 new vessels, which could prove difficult to source.