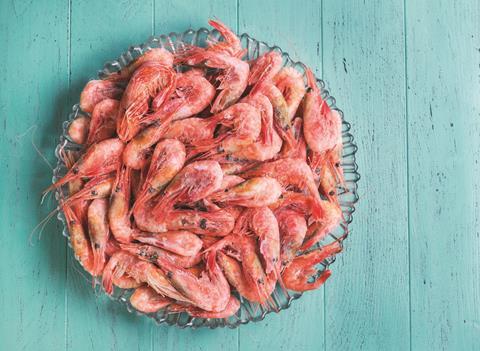 Additives made from leftover shrimp shells may offer a greener, healthier way to store wine that avoids the use of harmful sulfites. In taste tests the new material performed just as well as conventional preservatives, but does not pose the same risks to health or the environment.

Current production processes add sulfites such as sulfur dioxide (SO2) to wine to keep it fresh. But SO2 damages the atmosphere, and can cause allergic reactions in some people. The shrimp-derived alternative, developed by an interdisciplinary team of doctors, microbiologists, wine producers and analytical chemists, led by Manuel Coimbra at the University of Aveiro, Portugal, is non-allergenic and doubly environmentally friendly: it doesn’t cause pollution and makes use of seafood waste. It even improves the sensory quality of wines in some cases, scoring as well as or better than sulphite-treated wines in taste tests by an expert panel.

The new additive is made from chitosan, a linear polysaccharide derived from shrimp shell chitin. Coimbra’s team processed chitosan into films by cross-linking it with genipin, a compound found in gardenia fruits.

The researchers think that the film, when added to wine barrels, removes traces of iron and copper. This would prevent bacterial growth or oxidation reactions, both of which can impair the wine’s flavour. Coimbra says that the next step is to fully understand how the film works. ’We need to know the mechanisms to find out the [potential] applications,’ he explains. As the process of making the additive is easy to scale up for wholesale production, it could be adapted for other drinks in future, he adds.

Fabio Chinnici, an expert in food sciences at the University of Bologna, calls the research ’a promising step in the search for sulfite alternatives,’ although he agrees that more tests are needed before shrimp-derived preservatives can be used on a larger scale.