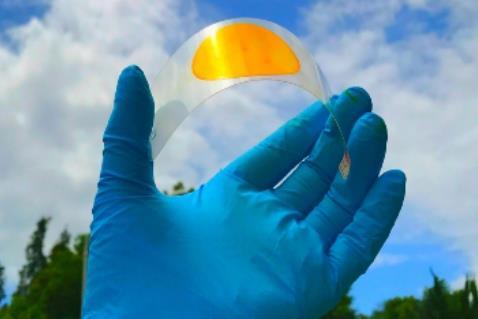 Whatever you’re doing some energy is lost as ‘low-grade’ heat energy, raising temperatures by an amount too measly to merit the resources needed to retrieve it again – or is it? Researchers in China and Sweden have shown that ‘molecular photoswitches’ that store energy in photon triggered chemical reactions, can also help harvest ambient heat that is then released at much higher, potentially more useful temperatures.

‘Solar energy and ambient heat are two kinds of free, inexhaustible and ubiquitous energy sources that support all organisms on the planet,’ explain Kasper Moth-Poulsen and Tao Li, who led the work behind the recent report. ‘But a way to co-harvest them remains unknown.’

Moth-Poulsen, Li and their colleagues at Chalmers University of Technology in Sweden, and Shanghai Jiao Tong and Tianjin University in China, focused their efforts on organic azo molecules that have both cis and trans forms. With careful chemical engineering they optimised the difference in energy of the two states for high density energy harvesting and release. They were also able to prolong the half-life of the cis isomer to store energy for longer.

The charging cycle of the solar ‘thermal battery’

When the trans isomer absorbs a photon at a wavelength of 365nm it not only flips to the cis form, but it also melts at room temperature as the cis isomer has a much lower melting point. Absorption of a photon at 532nm then triggers the molecule to flip back into the trans crystal form, releasing not just the energy difference of the isomers but also the energy of the phase change as heat.

Having tested several pyrazolylazophenyl ethers, the researchers demonstrated flexible rechargeable thin-film solar thermal battery devices. These had a power density by mass of 2.7kW/kg and cis half-life of three months at 25°C that release heat 24°C above ambient temperatures.

The photochemical properties of the azo dye

Roman Boulatov, a chemist at the University of Liverpool, who has also worked on photoswitches describes the approach as ‘interesting and thought-provoking’. Noting that the device as it stands needs a higher photon flux of near-UV light than is available at sea level. ‘The combination of careful physical measurements and device prototyping suggest that the approach may ultimately become practical,’ he adds.

‘Extending the light that can be harvested to the visible range will be the next step,’ Li and Moth-Poulsen tell Chemistry World.