Study probes role of chemical corruption in origin of life 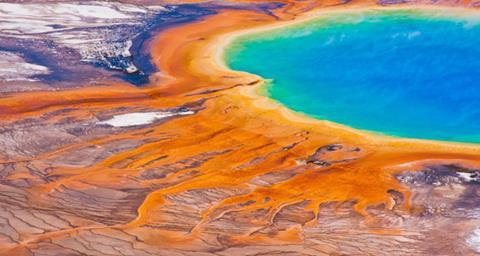 Researchers from the US are intentionally incorporating what they describe as defective compounds into their experiments to better simulate conditions on the early-Earth and help them understand how the first molecules of life formed.

‘Most origin of life studies that probe how simple compounds can react to give more elaborate compounds have been done with pure samples,’ explains Jonathan Lindsey, of North Carolina State University. Now, Lindsey’s team are addressing a previously overlooked aspect of prebiotic research by studying the effect of impurities, or defective reagents, in such processes for the first time.

They took the example of a defective ketone forming a pyrrole, which in turn reacts to make a porphyrin – a reaction that can be compared to that of turning amino acids into peptides, or nucleotides into nucleic acids. Since several reactions in sequence are required, an impurity can affect the outcome in different ways – and sometimes not even at all. One effect impurities can have is to form varied intermediates in a combinatorial process, and it is these processes that could actually benefit structures needed for the origin of life.

Antonio Lazcano Araujo, a researcher of the origins of life at the National Autonomous University of Mexico, finds merit in investigating the effect of impurities as the prebiotic soup ‘included a wide range of compounds and not only the carefully controlled concoctions with pure reactants that we prepare in the laboratory’.

Although the current work is a case study of a model reaction, Lindsey hopes that understanding the effects of defective reactants will prompt others to consider just how practical using pure compounds really is.