The game (theory) of life 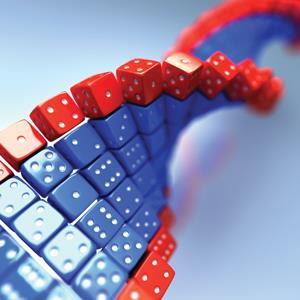 It’s always nice to see new routes for making prebiotic molecules, such as the recent discovery that, with a little help from ultraviolet light, the ribose sugar of RNA can be formed from water, methanol and ammonia on analogues of interstellar icy grains.1 But in understanding the origins of life, cooking up a prebiotic soup of ingredients – Darwin’s ‘warm little pond, with all sorts of ammonia and phosphoric salts’ – looks very much like the easy part. The question is how life went from the simplicity of these raw ingredients to the complexity of replicating proto-cells.

Here, opinions differ sharply. One view, inventively champ­ioned in Nick Lane’s book The vital question, is that we can’t decouple the origin of the transmission of genetic information from the energetics it requires. Lane suggests that autonomous living systems might have been an outgrowth of chemistry driven by the electrochemical gradients at hydrothermal vents.

Another view sees life as having emerged from interactions between free-floating replicators competing for resources: most probably autocatalytic RNA molecules, as mooted in the ‘RNA world’ of Francis Crick, Leslie Orgel, Walter Gilbert and others. The two scenarios aren’t necessarily incompatible, although no one has yet stitched them together.

In its crude form, the RNA world contains hordes of replicators competing tooth and nail for limited resources – in particular, for the component parts of RNAs themselves. Because RNA can both encode genetic information and act as catalysts (ribozymes), it seems to have just what it takes to make the idea work.

I say ‘crude’ form advisedly. This ‘selfish replicator’ picture looks increasingly obsolete – which should have been obvious from the start, given how every ecosystem we know of is a web of finely-tuned interdependencies. Indeed, in the 1970s Manfred Eigen and Peter Schuster proposed that simple RNA molecules would need to form mutually cooperative networks or ‘hypercycles’ in order to sustain themselves against replication errors, before a complex molecular apparatus evolved to avoid these.2

The advantages of cooperation between simple RNA replicators were demonstrated experimentally in 2012 by Niles Lehman of Portland State University, US, and his collaborators.3 They studied the covalent self-assembly of fragments of a 200-nucleotide ribozyme from a nitrogen-fixing bacterium. By altering the nucleotide triplet that acts to guide the assembly process, the researchers could make a variety of self-assembling RNAs. They found that if these guide sequences are such that some of the ribozyme variants promote the formation of other RNA molecules rather than themselves, cooperative networks are formed that can collectively acquire higher fitness – faster reproduction – than purely ‘selfish’ autocatalysts, when all are competing for fragments from the same pot.

Now Lehman and colleagues have shown that different mixtures of these ribozyme fragments with various ‘joining tags’ can exhibit complex dynamics in which both cooperation and selfishness are possible, depending on the detailed parameters.4 In effect, this system supplies a chemical version of scenarios in game theory, including the famous Prisoner’s dilemma.

Here, there is the possibility of freeloading: some agents (in this case RNA molecules) can benefit from the actions of others (getting themselves reproduced) without returning the favour. It’s been long known that such defectors in any social system can exploit a cooperative population, but also that cooperation can sometimes triumph because defectors undermine one another too.

In the RNA experiments, a dominance of defection can lead to situations in which an apparently less fit genotype – a ribozyme with an intrinsically lower self-replication rate – becomes the most populous. Another curious situation is the emergence of ‘rock–scissors–paper’ trios, in which variants A, B and C attain a stable equilibrium when all are present together because A out-competes B, B beats C, and C beats A.

Game theory has long been used in evolutionary theory, but what’s different here is that the actors aren’t, on the whole, actually replicating: they are reproducing with the help of others. There’s evidently room for selfishness here, but it’s not the whole or even the principal story.

I suspect that viewing ‘selfishness’ as the defining characteristic of how genomes evolved and work is a passing fad. It plays no significant role in Siddhartha Mukherjee’s magisterial historical survey The gene. And, as this latest work shows, it’s just one possible kind of behaviour – often rather ineffective in evolutionary terms – in the dynamics of proto-genetic networks. But we should be wary of feeling comforted by the emergence of ‘cooperation’ in the creation of life. These are metaphors for a delicately poised and complex system of chemical kinetics. It’s a neat way to tell a story, but in real life stories are never neat.