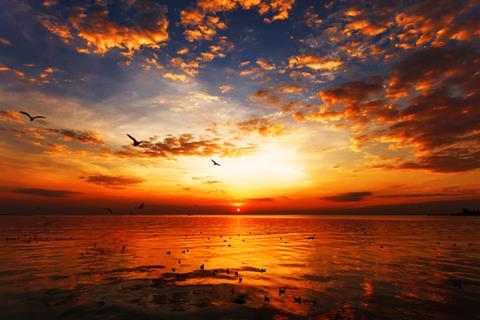 Researchers use a decades-old ‘tolerance factor’ to propose new iodide perovskites that can convert sunlight into electricity – but is this model still valid?

Perovskites have arguably transformed solar energy more in the last few years than other technologies have in decades. But British researchers have called into question optimistic predictions of undiscovered perovskites.1

Researchers use a decades-old geometric ‘tolerance factor’ to propose new combinations of ions that will form stable perovskites. Now, Robert Palgrave and his team at University College London, UK, have reassessed the validity of the tolerance factor in predicting new hybrid perovskite structures.

Recent studies by Tony Cheetham’s team from the University of Cambridge, UK, showed that the tolerance factor approach worked well at assigning radii to organic ions in a wide range of hybrid perovskites. They suggested that there could be more than 600 undiscovered hybrid perovskites.2,3

Palgrave and his team were interested in whether the tolerance factor approach was still valid for halide perovskites suitable for solar cells. The chemical properties of the heavy iodide anions in these structures are very different to the hard atomic spheres assumed in tolerance factor calculations and the results were shocking.

‘The rapid advance of hybrid solar cells is an amazing story,’ Palgrave says. ‘Having worked on oxide perovskites before, I was sure there would be many more hybrid perovskites to find.’ But following failed synthesis attempts in the lab, the team realised ‘the tolerance factor simply doesn’t work for iodide perovskites.’

Although they located a number of iodide compounds in the literature with the right atomic composition to be perovskites, Palgrave’s team found that the tolerance factor couldn’t identify which ones formed stable perovskites. How could this model be expected to predict the stability of undiscovered compounds?

Palgrave identifies two main problems with the tolerance factor approach. First, the ionic radii used in the calculations are based on metals bonded to hard, electronegative ions such as oxide and fluoride. They do not closely represent metal ions bonded to heavier anions such as iodide that show greater covalency.

[[Only a handful of metals are able to form iodide perovskites]]Instead, Palgrave’s team adapted the tolerance factor approach to account for the chemical and physical differences of heavier halides. They calculated average metal–halide bond lengths for 17 metals from known structures in the Inorganic Crystal Structure Database, determining specific ionic radii for each metal ion when bonded to each halide anion.

The second problem is that iodide anions leave large octahedral spaces to fill in the crystal structure. ‘This normally isn’t a problem for small oxide and fluoride anions, but for very large iodide anions you need a large metal ion to fit into the octahedral hole.’ Smaller metal ions don’t form stable perovskites with the right electronic properties for solar cells.

By plotting the adapted tolerance factor for each perovskite structure against an octahedral factor that accounts for the required structural geometry of the metal ions, Palgrave’s team defined a stable zone for halide perovskites.

But here is the bad news: ‘Only a handful of metals are able to form iodide perovskites.’ This includes structures based on lead, whose toxicity is part of the reason for the search for new hybrid perovskites. Some others yield only very air-sensitive compounds. Instead of the vast number of ion combinations previously expected, there appears to be limited scope for discovering new halide perovskite materials for solar cells.

However, there is a ray of hope: switching attention to non-perovskite hybrid structures presents a new frontier where scientists may find good solar cell materials. This refined model could help guide research through the vast number of different possible ion combinations to new solar cell materials.

‘The ionic radii relevant for iodide compounds will be a valuable resource for the solid state community,’ says inorganic chemist Geoff Hyett, from the University of Southampton, UK. ‘The conclusion that almost no new hybrid perovskites are possible is an interesting one, and a challenge to the synthetic community.’

Cheetham himself responds that Palgrave’s treatment ‘shows that it is necessary to assign smaller, anion-dependent radii when lead and other metals are combined with halides. The new sets of cation radii yield tolerance factors that account remarkably well for most of the known hybrid perovskite halides. As such, it is an important advance in this exciting field.’

Aron Walsh, a materials chemist at the University of Bath, UK, agrees. ‘It is comforting that the radius ratio rules we teach undergraduates still hold merit at the cutting edge of materials chemistry.’ He goes on to say that the more accurate description of the halide perovskite structural landscape ‘gives confidence for the exploration of new materials’.

Palgrave remains optimistic about prospects in discovering new solar cell materials. ‘It is quite liberating after trying to make new perovskites – now we can use pretty much any organic and inorganic ions we like!’