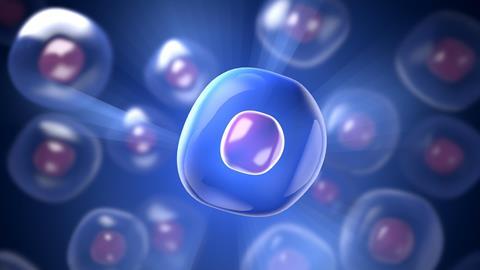 Building synthetic life is a booming field; however, the subjective minefield of what ‘life’ is remains a challenge. ‘How do you build something if you cannot define what is to be built?’ says Sheref Mansy, who led the work at the University of Trento, Italy. ‘We already have chemical systems that fulfil many of the qualitative descriptions of life [such as self-replication or responding to environmental or chemical cues] and yet we don’t seem to be much closer to making a cell from scratch or even understanding what makes something alive.’ 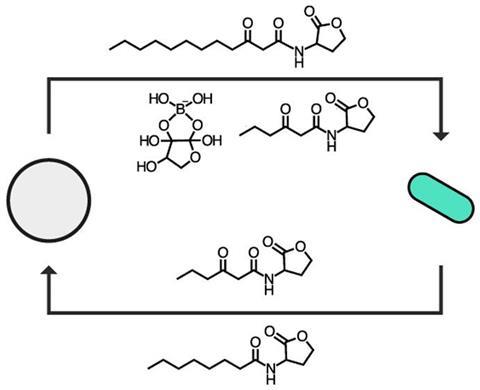 Artificial cells (left) were able to communicate with bacteria via chemical signalling. When synthetic met natural the natural ones luminesced – just as they would when they meet other natural bacteria

Taking inspiration from previous work that suggested a cellular Turing test might be possible2, Mansy and colleagues set their sights on developing a quantitative method to measure how lifelike artificial cells are. Rather than requiring a subjective definition of life, or binary categorisation of either ‘living’ or ‘not living’, their test places an artificial chemical system on a scale of increasingly lifelike states. This scale measures the degree to which an artificial cell can deceive a natural counterpart into recognising it as one of its own.

To achieve this, the team built artificial cells containing Escherichia coli extracts that could key in to quorum sensing – a means of communication between bacteria that employs signalling molecules and pathways to coordinate certain behaviours, such as luminescence. Following much groundwork, the team’s artificial cells were genetically encoded to sense and synthesise quorum signalling molecules similar to bioluminescent Vibrio fischeri bacteria.

When artificial cells were introduced to low-density cultures of V. fischeri, the resulting luminescence was similar to that when natural V. fischeri communicate. Although this indicated lifelikeness, a more robust calculation was obtained. Since molecular communication leads to changes in gene expression, the team used sequencing technologies to quantify changes in RNA in the bacteria in response to the artificial cells on a scale of 0–100. The researchers arrived at a figure of 39% lifelike, or more accurately V. fischeri-like.

‘This is an important breakthrough,’ comments Ting Zhu, a synthetic biologist at Tsinghua University in Beijing, China. ‘It shows that we are starting to break the boundaries between natural and artificial cellular systems, which may lead to many practical applications such as sensing and controlling cells.’

Yuval Elani, who investigates artificial cells at Imperial College London, UK, agrees and suggests there could be further applications for the test beyond determining lifelikeness. ‘Engineering communication between living and non-living cells has the potential of underpinning a range of advances, from integrated diagnostics and biosensing, to bio-responsive synthesis of drugs in situ by synthetic cells,’ he says.