Sara Cooper talks to Neil Withers about safety in the lab and how it’s up to everyone, from boardrooms to students, to create a safe environment 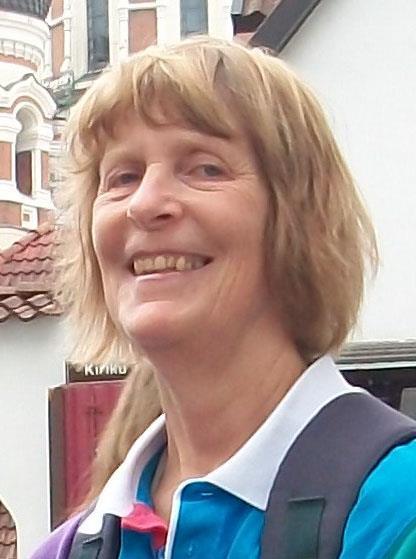 What do you think of the state of lab safety in the UK?

I would like to say that everything is at a uniformly good standard, but that’s not true. It’s a variable but improving picture, in general. In biopharma research, generally it’s consistently good – there are very few areas of biopharma or biotech that are poor. Mostly, they’re very good indeed, but it’s not universal. Universities are much less consistent, and unfortunately I still find quite poor examples of old-fashioned labs where they’re doing research in quite unsuitable conditions.

Why is the biopharma industry safer than academia?

Firstly, I’d have to say that funding comes into it. Secondly, most of the biopharma labs are quite new, so they’ve been able to specify from scratch that they want high quality to start with. They also have very good equipment, generally speaking, but I think there’s also something of a cultural issue. The people working there are already established in their jobs, so they know that a high standard of work is expected of them. So they tend to be one step ahead of research students. Within university laboratories, a lot of the work is done by PhD students, who are much less experienced and can still be learning techniques.

How much is a ‘macho culture’ to blame?

In some areas there is definitely ‘presenteeism’ – it’s expected, especially in academia, that you’ll be there for long hours and it’s almost a badge of honour. I’ve seen it in all kinds of labs and it’s driven by what the boss does – they’re the role model. They’re leading by example, but unfortunately, sometimes it’s a bad example. I wish that were not the case, but it is. I see it in all kinds of scientific disciplines, both in universities and in the commercial sector, and it is almost universally down to the head honcho. If they work long hours, it’s the expected way of behaving, and it’s very difficult to push back against that.

How have things changed in the 20-plus years you’ve been a safety professional?

The equipment has changed considerably because the nature of the work has changed. For example, at one time you went into a lab, particularly a chemistry lab, and it would all be wooden benches – you very rarely see that any more. These days, the benches are made of strong synthetic material which is impervious to chemicals and biological materials. Standards have changed, too, I think. At one time, you used to see people smoking in labs, which you never see these days. It’s much more common now to see people wearing lab coats and safety specs – but not always, unfortunately. It wasn’t all that uncommon for people to stroll into the lab wearing open-toed sandals and shorts in the summer – that would be a rarity now.

What were the main challenges and successes during your eight years as director of health and safety at Cambridge?

In 1998, the university was prosecuted by the UK Health and Safety Executive (HSE) after it had lost an excepted radioactive package [material that was not considered to be so radioactive it would have caused anybody harm]. After extensive discussions with the HSE, they agreed to create a new post, the director of health and safety. I was appointed in 2000 – and had it all to do. There had been a very rudimentary health and safety office in place, but it needed to do a great deal more and reach out to all the academic departments.

The main challenges were to get safety on people’s radar, and keep it there. I had to do something about the image of safety and I had to get buy-in from the senior academics, because it had to be made quite clear to them that they had responsibility for health and safety. We also had to integrate safety into all aspects of working – show that it’s not an optional extra, it’s something that needs to be part of the way that they work.

Everyone has a duty in law to take care of their own safety, and not to risk that of others

For instance, PhD students should have induction training right at the outset of their time at the university and they should have the necessary training to be able to do their job safely. That also meant tackling the academic supervisors, who needed to know that they were responsible for making sure their students knew what to do or if not, they could ask.

In terms of what I did successfully, I developed an awful lot of policy that became quite well known not only in Cambridge, but also that people were quite impressed with outside. Things like The Little Green Safety Book, which was handed out to all the students. The meetings with the heads of departments became a standard, and it gave them an opportunity to talk to each other and find out what other people were doing on health and safety. In order to keep it on the radar, you couldn’t take your eye off the ball for a moment, because we were very much in the eye of the enforcing authorities after the successful prosecution.

You talked at the 2014 SciLabShow about legal responsibilities – what are they for individual lab workers?

Everybody has a role to play in health and safety, and while the main responsibility attaches to heads of organisations, it leads all the way down to the individual. An individual has a duty in law to not only take care of their own health and safety, but also not to risk that of others. People need to realise that own actions can have a consequence and sometimes that translates into very serious things. Very often it can be something which is of irritation to others, such as the person who likes to work in a mess – but that can put other people at risk. People have to realise that what they do matters, not only to themselves and their own protection but to their work colleagues and to anybody else who is in their immediate environment.

What is your golden rule for improving safety?

I’ve just been giving some presentations and workshops in India with the Royal Society of Chemistry and the message I left at the end of my session on practical tips for laboratory safety were these three phrases: Be aware, be careful and be safe. That encapsulates the idea that as an individual you need to be aware of your own surroundings – we don’t work in isolation. Be careful: take care of yourself and wear your personal protective equipment and then hopefully you will be safe.