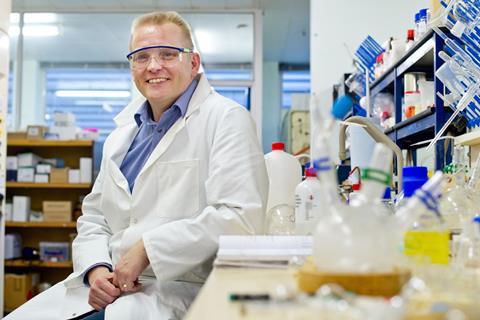 The next president of the Royal Society of Chemistry will be sustainable solvents chemist Tom Welton, head of the chemistry department and dean of the faculty of natural sciences at Imperial College London. In the the second ever election for the post in the RSC’s history, Welton beat David Rees, who is chief scientific officer of the UK drug discovery firm Astex. He will assume the new position in July 2020, replacing current RSC president Carol Robinson from the University of Oxford when her term ends. Until then, Welton is president-elect of the organisation.

‘I am particularly pleased that when given the chance, the membership voted for diversity,’ said Welton, who is openly gay and an active supporter of greater visibility for LGBT+ scientists. ‘We know from the Breaking the Barriers report that there is much to be done and this will be front-and-centre for me in the coming few years.’

Welton was nominated as one of the RSC’s 175 faces of chemistry in 2016, which commemorated the organisation’s 175th anniversary. Imperial College’s provost, Ian Walmsley, said Welton has made a ‘huge impact’ at the university, as a promoter of diversity and a scientist at the forefront of sustainable chemistry. Under his leadership, the university’s chemistry department received an Athena Swan Gold Award in September 2013, which recognises successful efforts to promote women in science.

Welton’s research centres on ionic liquids, which are replacements for more toxic solvents. He also studies future applications of ionic liquids that can, for example, break down textiles to make them easier to recycle, or help to turn wood into biofuels.