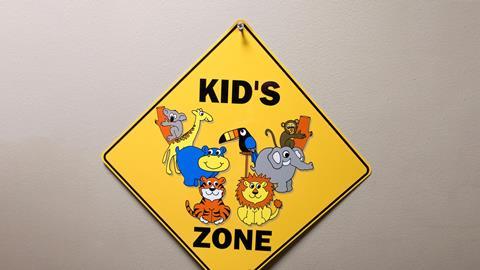 By providing free day care and dedicated family spaces, chemistry conferences like the recent American Chemical Society (ACS) national meeting in Orlando, US, are doing their bit to remove the stigma around scientists bringing their children to scientific meetings.

‘It’s encouraging to see more people around with children so you don’t feel like you’re the only one and everyone is looking at you,’ says Emily Draper, a chemist from the University of Glasgow, UK, who attended the ACS meeting with her 11-week-old daughter.

Bringing children to scientific meetings is associated with significant additional costs and logistical juggling on the caregivers’ part. But for a long time there were also unwritten rules that successful scientists first have to establish a career before starting a family, says Sarah Wegwerth, content specialist at educational chemistry app maker Alchemie. ‘Back in 2014, when I was in graduate school, I felt the need to hide that I wanted to be a mom and a scientist, and would have never even dreamed of attempting to go to a conference,’ she says. Now, she notices more and more scientists attending multiday meetings with their babies or young children.

This year’s ACS meeting also features an updated parent–infant room with dedicated space for nursing, feeding or changing. ‘We’ve expanded its size so that it has actual comfortable furniture and it’s not just chairs in a sterile room,’ says Preston.

An increasing number of universities and organisations – including the Royal Society of Chemistry – are also starting to support caregivers financially. ‘Very soon we will also be offering grants for carers to provide financial assistance for those who will incur added costs for care that they usually provide whilst they attend a conference,’ says Laura Norton, senior programme manager of inclusion and diversity at the RSC.

‘I think conference organisers are on the right track,’ says Wegwerth, who for this meeting decided to have her husband take care of her two children to reduce costs and stress. ‘In my opinion, and from my own personal experience, the three things that get in the way of bringing children to conferences are stigma, financial constraints and logistics for what infants and caregivers are to do while you are busy.’

Norton encourages RSC event attendees to get in touch to discuss their needs. ‘We are currently exploring options for offering childcare at our events, we are keen to encourage and enable as many people as possible to attend.’