Several drug industry giants are now pledging to freeze price increases in the US, but some suggest the movement is a publicity stunt or worse 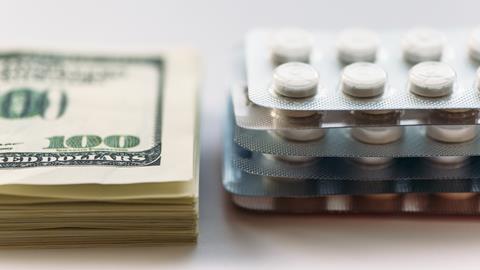 Pfizer, Novartis, Merck, Sanofi and Roche have pledged to maintain or lower the prices of some drugs

Amid significant pressure from President Trump, several of the world’s major pharmaceutical companies have promised not to raise the prices of their medicines in the US for the rest of the year. The White House is hailing the development as a major success for American consumers and health care, but many experts in the field describe it as a meaningless PR stunt.

The drama started when Trump attacked Pfizer and ‘others’ in the pharma industry over twitter on 9 July, saying they should ‘be ashamed that they have raised drug prices for no reason.’ After he spoke with Pfizer’s chairman and CEO, the company announced the next day that it will suspend price hikes on 100 of its drugs that were slated to take effect on 1 July. Pfizer said this price escalation pause will continue until the end of the year, or until Trump’s drug pricing blueprint goes into effect, whichever comes first.

After some initial scepticism, which involved the top Democrat on the Senate Finance Committee requesting more details about the agreement apparently reached between Pfizer and the administration, other key pharma players jumped on the bandwagon.

First, Swiss pharma giant Novartis said on 19 July that it would pull back on any further price increases in the US market this year, and US pharmaceutical firm Merck vowed the same day not to increase the average net price across its product portfolio by more than inflation annually, and to cut US list prices for certain drugs. Specifically, Merck said it will lower the price of its hepatitis C treatment Zepatier (elbasvir and grazoprevir) by 60%, and reduce the amount charged for several other medicines by 10%.

Pfizer & others should be ashamed that they have raised drug prices for no reason. They are merely taking advantage of the poor & others unable to defend themselves, while at the same time giving bargain basement prices to other countries in Europe & elsewhere. We will respond!

Most recently, Switzerland’s Roche announced that it ‘will not be taking any price increases for the remainder of the year’, and the French drug firm Sanofi has issued a reminder that this is its policy as well.

‘Sanofi was the first company to tie the price increase of our medicines to a meaningful, external benchmark, the National Health Expenditure, as calculated by HHS [the US Department of Health and Human Services],’ Sanofi said in a statement. ‘This responsible approach has resulted in no increase on 56 of our 85 prescription medicines and an overall average increase of less than 2% in 2017.’

Although patient advocates will never complain about keeping down the costs of medicines, some drug industry experts say this barrage of announcements represent smoke and mirrors. ‘This is a publicity stunt, they would like to give their friends on Capitol Hill cover to say ”The pharma companies are being responsible, so let’s not think about anything more dramatic,”’ says Peter Carstensen, a competition law expert at the University of Wisconsin in Madison.

‘What it emphasises really is the purchasing power of these drug firms,’ Carstensen tells Chemistry World. ‘To what extent is this a coordinated response, which could raise some antitrust questions,’ he asks. ‘You’d have to look at which drugs are subject to these commitments, and to what extent they are substitutes for each other.’

Kevin Outterson, who directs the health law programme at Boston University, says few blockbuster drugs are included in these companies’ agreements to freeze price increases. ‘We need a more comprehensive approach, not just reactions driven by the news cycle,’ he says.

Jane Sarasohn-Kahn, a health economist and advisor for Think-Health who has worked in the US and Europe, agrees. ‘This is not a policy, this is self-regulation – these are ad hoc agreements that are verbal and can change,’ she continues. ‘Until we see a policy written down and agreed to by Congress, or an executive order from the president that allows Medicare to negotiate drug prices, this is all a very grey area.’

However, the Trump administration disagrees. ‘This is the pharma industry seeing the writing on the wall,’ HHS Secretary Alex Azar told Fox Business on 19 July. ‘Their voluntary actions are not what we’re counting on,’ he added. ‘We’re driving swift, firm regulatory action and legislative action that’s going to create every incentive to bring prices down in this country.’

Meanwhile, a congressional report released earlier this year found that the prices of the top 20 most-prescribed brand-name drugs for seniors in the US increased 12% every year for the last five years, which is about 10 times higher than the average annual inflation rate.