The UK has a rich network of small, technology-intensive companies, many of which have been spun out of research-based universities. Unlike in the US, however, relatively few recent UK startups have grown into large companies, let alone become household names. Ask the senior management teams of these companies what is holding them back, and one issue that they will point to is access to lab buildings: there simply don’t exist enough appropriate available properties to match demand. The shortage is countrywide, although it is most acute in the so-called ‘Golden Triangle’ around Oxford, Cambridge and London – and to a certain extent the wider south-east. Chemistry-based small and medium-sized enterprises (SMEs) are among the worst hit by these shortages. 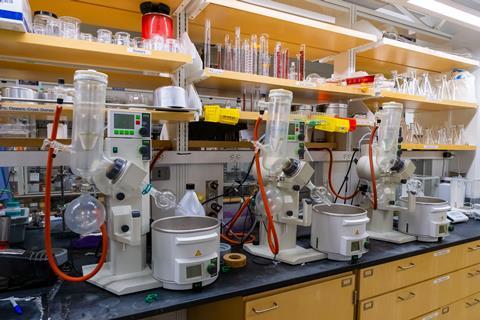 Chemistry companies’ requirements for infrastructure like air handling, fumehoods, colling and gas supplies often limit the types of buildings and spaces they can occupy

A panel discussion convened in September by networking organisation One Nucleus, which serves companies based in London and the east of England, discussed the role of facilities in ‘shaping the life-science ecosystem as we look forward to 2030’. Its chair, Sue Foxley, research director at Bidwells property consultants, summarised findings from Life Sciences 2030: a survey of R&D companies’ current and future requirements in collaboration with pollsters YouGov. Almost half (47%) of the larger UK-based companies surveyed see a need for further lab or office space within the next five years, with a large majority of these hoping to expand their existing premises. Currently, however, their options are limited. ‘Demand for lab space exceeds supply everywhere we surveyed, but there seems to be a particular problem in Cambridge,’ Foxley explained. ‘In June this year, Oxford had 18,000ft2 of lab space available for research-intensive SMEs, but the demand was vastly higher at 860,000ft2; Demand in Cambridge totalled nearly 1.2 million square feet, but the availability there was zero.’

Liverpool ChiroChem exemplifies many of the challenges faced by new companies seeking to expand, including those particularly prevalent in the chemistry sector. Founded as a ‘staff startup’ from the University of Liverpool’s chemistry department in 2014, it is a global leader in synthesis of chirally pure compounds for small-molecule drug discovery. Its proprietary synthetic chemistry is based on the work of co-founder Jianliang Xiao and his former supervisor, Ryoji Noyori who won the 2001 Nobel prize for chemistry for work on chiral catalysis. ‘We have applied these chiral technologies to produce a collection of more than 3000 chiral chemicals, which can be used to speed up drug development,’ says co-founder and chief executive Paul Colbon. Only now, after eight years’ growth, has the company been able to move off campus into the Heath Science Park, on the former ICI site in nearby Runcorn.

In June, Oxford had 18,000ft2 of lab space available, but demand was 860,000ft2. Demand in Cambridge totalled nearly 1.2 million square feet, but availability there was zero

Colbon and his colleagues first began looking for lab and office space outside the university over four years ago. Several of the nearby sites they approached had appropriately sized premises available, but they were unsuitable for various reasons. ‘As a synthetic chemistry company, we need labs with excellent air handling facilities, and in particular large numbers of ducted fume hoods’, says Colbon. ‘One site offered us a lab big enough for 10 researchers and only one fume hood; this is a sensible proportion for a pharmacology lab, but totally inadequate for our needs and the needs of any synthetic chemistry company.’ Another site offered the company an empty shell of a lab, which would have meant raising significant further funding to equip it to the necessary standards. 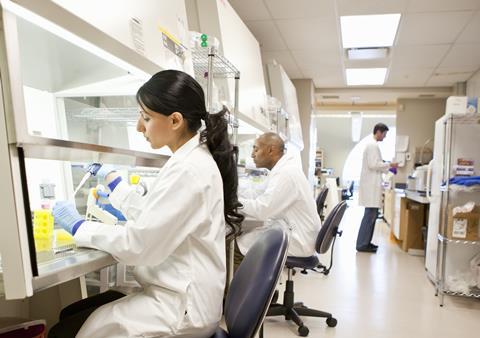 Many lab space developments are focused on life sciences, which typically excludes many kinds of chemistry companies

Moving into the Heath has provided the company with enough lab space for up to 20 scientists – roughly double its current size. And while the Heath is home to many chemistry companies, they are all relatively small. Expanding much further may require another move, which could require Colbon and his team to ‘square the circle’ of competing demands: for a space that can be expanded into at a reasonable cost, with shared major analytical facilities such as NMR and mass spectrometry available locally if not onsite, and preferably close enough to Liverpool for present staff to commute. ‘We employ a lot of young researchers who prefer to travel by public or active transport (being environmentally and health conscious), and some of the otherwise excellent research parks in the northwest are realistically accessible only by car,’ he says.

Companies in the Golden Triangle face similar problems when deciding how and where to expand. The R&D operations manager at one Cambridge-based company developing techniques to manufacture sustainable alternatives to single-use plastics explains that its environmental raison d’être attracts staff with similar mindsets, who prefer to cycle to work. If it is difficult to find space within the broad Cambridge ecosystem, it is harder still to find any inside the city, or with good cycling and public transport links.

We employ a lot of young researchers who prefer public or active transport. Some of the research parks are realistically accessible only by car

Help may be on the horizon, however, from a perhaps unexpected source. With High Street footfall still below pre-pandemic levels, there are plans to redevelop one complete shopping centre and part of another, both close to Cambridge city centre, into research space. Trinity Investment Management, which took over the 12-acre Grafton Centre site in August 2022, proposes to build labs and offices for ‘life science startups’ there, reducing the number of shops but retaining the popular gym and cinema. This plan, however, is a further example of the dominance of life sciences in developers’ thinking. Drug discovery companies will undoubtedly be welcomed in this development, but other chemistry-based ones will potentially be ignored.

It is not unusual to come across startups that emerged from academic research groups staying in their university departments long after they could have outgrown them. There are two types of reason for this: the lack of suitable space to move into, but also the positive value of proximity. Research-intensive companies value locations that are close to like-minded researchers across the public and private sectors and – where relevant – clinicians. In this respect, companies based in Norwich are lucky to have a base that combines a reasonable amount of space with access to a wide range of world-class research. Norwich Research Park (NRP) is home to the University of East Anglia, its teaching hospital and four independent public sector research institutes. Its chief executive, Roz Bird, was appointed in May 2022 with a remit to increase the number and diversity of companies based there. ‘We aim to attract academic researchers who choose to work with industry, and companies that value the opportunity to collaborate with them,’ she says. 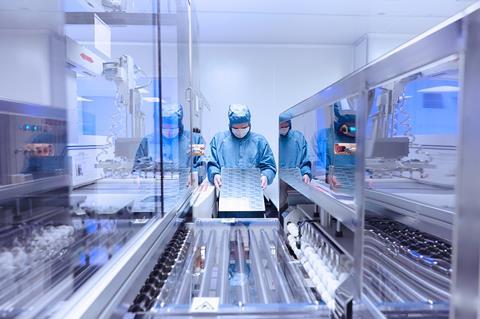 The breadth of different requirements across companies operating in chemistry makes it difficult to build broadly applicable facilities, but few small companies can afford to fit out ‘shell’ premises to their specifications

Bird aims to offer companies seeking to move onto NRP the widest possible range of labs and facilities, designed to suit startups and SMEs in many disciplines. ‘We offer fully fitted standard labs but also ‘shells’ that can be fitted out according to a client’s specification, including the multiple fume hoods and other specialist equipment that chemical companies need – although these will, self-evidently, add a considerable cost,’ she adds. On the other end of the expense scale, a computational chemistry company requiring little more than office space will be catered for as readily. The biggest challenge is possibly one of conflicting timescales. ‘The whole process from investors, developers, planners, and builders to tenant companies is a very long-winded one, which demands the greatest possible flexibility if we are to arrive at the end of the process with space that companies want to move into,’ adds Bird.

Arguably, however, the most important ingredient for company success is not its facilities or its location, but its people. No company can grow if it cannot recruit, and then retain, staff with the right mix of skills and qualifications. The ideal location is not only well connected by public as well as private transport, but physically attractive and well provided with leisure opportunities; when Bird arrived at NRP, she was particularly keen to check out its gym. But there is one factor that no site manager has any control over: house prices. Here, at least, a location like Runcorn will win out over the Golden Triangle every time.

The Bidwells report concludes by highlighting the fact that the future of life sciences is ‘inherently uncertain ’ – there is no escaping the fact that techniques and scientific understanding will continue to evolve and advance over the next decade. Developers need to be prepared to embrace this uncertainty and provide the necessary flexibility to enable companies to grow and processes evolve. The Royal Society of Chemistry recently began a research project, led by Jenny Lovell in the RSC’s science and communities directorate, to help address the complex issues facing the UK’s entrepreneurial chemistry companies; this is due to be published in 2023. The critical shortage of suitable, affordable lab space for these companies, particularly when they seek to move out of university or micro-company accommodation, is one of the first issues that this project will address. ‘With no straightforward solutions to this problem [of lab space], we hope to improve our understanding of the needs and experiences of chemistry ventures and what we, as a society, could do to alleviate them’, explains Lovell.

The RSC is seeking case studies from start-ups, SMEs and growing companies around experience accessing lab space and equipment. To contribute, email the team