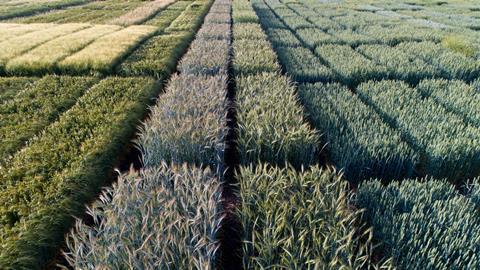 UK to ease restrictions on gene editing in crops and livestock

The UK government plans to ease restrictions on gene-editing with a view to accelerating research and enabling gene-edited crops and animals to be brought to market.

Current regulations, inherited from the EU, class all gene-edited products as genetically-modified organisms (GMOs). This means that minor edits like gene deletions or single base-pair substitutions made to an organism’s genome are treated the same way legally as the introduction of DNA from other species. Many researchers argue that this fails to take into account scientific evidence and hinders the development of crops with desirable traits like disease-resistance and tolerance to drought.

Following a public consultation held earlier this year, the government now intends to amend the regulatory definitions of GMOs to exclude organisms produced by gene-editing that ‘could have been produced by traditional breeding’ techniques. The Department for Environment, Food and Rural Affairs (Defra) states that it plans to reduce restrictions on research and development of gene-edited plants by the end of this year. Defra notes that the approach ‘is in line with developments internationally and within the EU’, after a recent European commission report concluded that current legislation on gene-edited organisms is unfit for purpose.

‘Gene-editing technologies provide a more precise way of introducing targeted genetic changes – making the same types of changes to plants and animals that occur more slowly naturally or through traditional breeding,’ said Defra’s chief scientific adviser Gideon Henderson in comments published on the government’s website. ‘These tools enable us to harness the richness of natural variation to build better crops, speeding up a process humans have done through breeding for hundreds of years. There are exciting opportunities to improve the environment, and we can also produce new varieties that are healthier to eat, and more resistant to climate change.’

The announcement has received a warm response from members of the scientific community. ‘We very much welcome this important announcement that regulation of gene-edited crops for research and development will now be approached in an appropriate, evidence-based manner,’ commented Angela Karp, chief executive of the Rothamsted Research institute, which was recently granted approval for Europe’s first field trial of Crispr-edited wheat.

Linda Partridge, the biological secretary of the Royal Society also said that it is ‘welcome’ that the government is looking to update laws governing gene-editing techniques. However, she cautioned against regulating genetic technologies ‘on the basis of whether the outcome could or could not have been achieved using traditional breeding technologies’, noting that this ‘perpetuates the false assumption that risk and benefit are determined by the technology used to make a genetic change to a crop’.

‘As the government moves ahead with wider legislative reforms of the regulatory system, the [Royal Society] would like to see active consideration of a system which weighs the consequences of a genetic change – and the farming system in which it is deployed – ahead of the technology being used,’ she added.