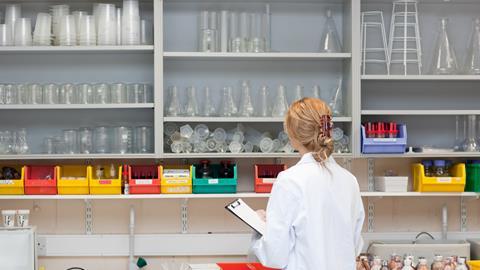 The UK government’s long-awaited innovation strategy, intended to safeguard its international scientific preeminence post-Brexit, reiterates the country’s commitment to boosting research investment to a record £22 billion per year by 2024–25.

It appears that the strategy, launched on 22 July, aims to address concerns within the UK scientific community about funding cuts as public and private research and development investment will be raised to 2.4% of gross domestic product (GDP) by 2027. ‘In the UK, R&D investment declined steadily between 1990 and 2004, from 1.7% to 1.5% of GDP, then gradually returned to be 1.7% in 2018,’ the document recounts, which is below the 2.2% Organisation for Economic Co-operation and Development (OECD) average over that period. The strategy also notes that transformative research has slowed in the country, or at least become far less efficient.

The strategy outlines seven strategic technologies for UK investment that leverage the nation’s existing strengths. These areas include advanced materials and manufacturing, bioinformatics and genomics, and engineering biology. The area of advanced materials includes metamaterials, 2D materials, self-healing and animate materials, as well as composite structures.

Several immigration reforms are also included in the plan. It proposes new visa routes, and revamps the country’s existing Innovator visa route to make it easier for foreign talent to create and run businesses in the UK. Moreover, international students who earn PhD degrees in the UK will be granted three years to work in the country post-graduation.

The strategy also provides some details about the UK Advanced Research and Invention Agency (Aria), a new agency announced in February that will support high risk, high payoff research similar to the US Defense Advanced Research Projects Agency (Darpa). Aria will focus exclusively on projects with ‘potential to produce transformative technological change or a paradigm-shift in an area of science’. This new part of the funding landscape will complement the work of UK Research and Innovation and the country’s other funding agencies to support breakthrough science, it explains.

‘The UK has long underinvested in research,’ stated Rosalind Lowe, the head of policy and engagement at the National Centre for Universities and Business, based in London. ‘Had we invested at the OECD average for the last 10 years, research, development and innovation would have benefited from an additional £44 billion.’ The high aspirations set in the strategy ‘must be matched with equally ambitious spending and policy commitments in the upcoming spending review,’ she added.