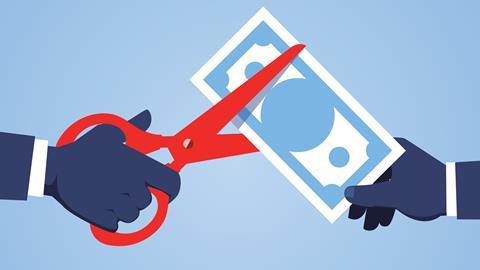 All eyes in the science community are on this autumn’s spending review after the government finally revealed how it will allocate funding for science in the current financial year. The delayed allocations come after fears in March that the payment to associate to Horizon Europe would come out of UKRI’s core budget. Extra cash was found to cover the £1 billion bill for participation this year. Another £200m has been set aside for Euratom research and training. This comes from the budget held by the Department for Business, Energy and Industrial Strategy (BEIS).

But UKRI’s funding – at just over £7.9 billion – is £539 million less than it was awarded last year, excluding one-off spending to upgrade laboratory infrastructure. Much of the loss is attributable to cuts to overseas aid, which slashed funding for research programmes by 70% leaving UKRI overcommitted by £120 million and having to axe programmes.

But last autumn’s spending review promised a £400 million uplift to its budget. ‘The way the government talks about it is that it was a different time – before we agreed to join Horizon [Europe]. Things have moved on from there,’ suggests Martin Smith, policy and advocacy manager at Wellcome. He adds that ‘now it’s on to the next question, which is actually making the progress that we need’ in reaching the government’s repeated commitment to invest £22 billion into research by 2024–25.

‘This further ups the ante for the autumn spending review, where we need to see more clearly how the government will move from around £15 billion to £22 billion a year of public investment over the next three years. And within this, where the Horizon Europe money will come from, as it’s expected to rise to £2 billion and potentially more from next year,’ says James Wilsdon, digital science professor of research policy at the University of Sheffield.

Another question is ‘how the split will be determined between UKRI budgets and other government R&D spending, as it seems that potentially the latter may gain more proportionally from the next phase of budget increases.’

Tanya Sheridan, policy and evidence manager at the Royal Society of Chemistry, adds that, while the overall increase of the BEIS R&D budget to £11.4 billion is welcome in difficult economic times, ‘UK researchers are concerned that the reduction to UKRI’s budget for 2021–22 could signal a longer-term trend. This is an annual settlement and must represent a one-off adjustment.’

The cuts to official development aid (ODA) are widely seen to have damaged the UK’s position as it tries to encourage other nations to stump up cash to help the developing world cope with the impact of climate change, in the run up to COP26.

Colin Pulham, who heads the school of chemistry at the University of Edinburgh, says ‘the abrupt cancellation of a significant fraction of [the Global Challenges Research Fund] has had a very negative impact on many within the chemistry community, particularly at a time when international collaborations to tackle global challenges are so timely and crucial. Moreover, this abrupt decision has caused concerns amongst some colleagues about whether this sets a precedent for UKRI to withdraw other funding schemes at short notice.’

While UKRI has increased research council budgets, it says that in practice there’s limited ‘scope for substantial new activities in this financial year’, because its ‘commitments into 2021–22 were exceptionally high as a result of new Covid-19 research and innovation programmes, and extensions and delays to existing programmes relating to the pandemic’.

‘The past year has been tremendously difficult for the research and innovation community … but its response has been equally remarkable,’ said UKRI’s chief executive Ottoline Leyser. She added that to capture that opportunity the community has to work together ‘to present the strongest possible case for increased and sustained investment in the sector at the next comprehensive spending review’. The UK, says Sheridan needs a long-term approach to funding to ‘give researchers and innovators confidence to take the risks needed to drive economic recovery’.