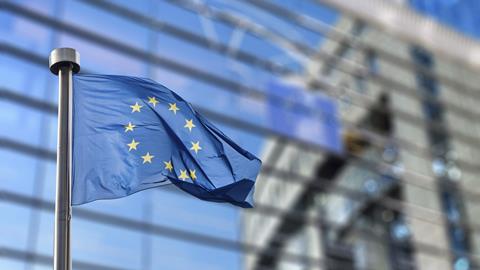 Chemistry is one of the big winners when it comes to EU research funding – securing almost £55 million in 2014–15 alone. This is according to an analysis for the national academies, which found that chemistry was one of the top five disciplines when it came to attracting European research grants – behind only clinical medicine, biosciences and physics. It also relies heavily on that funding: on average, EU grants accounted for 23% of departmental research income in the same year. This funding is now under threat with Britain’s planned exit from the EU.

Jason Love, head of inorganic chemistry at Edinburgh University isn’t surprised: ‘It’s a broad subject so it’s able to get funding from medical research, biological research, more fundamental physical sciences research and materials. The breadth […] means we will collaborate widely.’ Moreover, ‘there are a lot of challenges in chemistry that can’t be solved in isolation.’ On average, over the past six years, 16% of his department’s research funding has come from EU programmes.

Overall, higher education has taken the lion’s share of Horizon 2020 funding coming into the UK: over €1.93 billion (£1.69 billion) by the end of 2016, equating to 63% of the total. Higher education institutions (HEI) aren’t so successful in other countries. To put the scale of EU investment in context, in 2014–15 HEIs reported £725 million in EU funding, which was 12% of their total income from grants and contracts, or around 25% of the £2.75 billion in research grants provided through UK government bodies.

The sector also attracts significant support from the European Regional Development Fund, and loans from the European Investment Bank which, according to the report’s authors, Technopolis, ‘have enabled research institutes to move forward earlier with more ambitious development plans’. These endorsements from the bank can also be key in attracting other investors.

Amer Gaffar, director of the Manchester Fuel Cell Innovation Centre, says a £1.6 million award allowed Manchester Metropolitan University to get the centre off the ground quickly. Its doors will open at the end of the year and provide SMEs with equipment to develop hydrogen fuel cells. EU funding has also allowed his team to build partnerships across Europe that will be vital to the success of the centre.

EU research programmes provide unique personal grants and fellowships. During the Seventh Framework Programme (FP7) – the predecessor to Horizon 2020 – the UK won over 22% of European Research Council (ERC) grants. These ‘not only provide science funding but enable us to attract international staff, which is incredibly important,’ says Claire Carmalt, head of chemistry at University College London. 15–20% of her department’s funding portfolio comes from the EU.

Last year one of its researchers won an ERC consolidator grant, which backs ground-breaking, risky research. The department, she adds, will leverage off the exciting science it supports. Edinburgh’s chemistry department also has two ‘starting’ grants that help cement early stage careers. Love questions whether the UK government will offer more funds for early career researchers. ‘These can really kick start a career or push on to important innovations,’ he notes.

Those grants also provide a flexibility not offered by UK funding sources. ‘A lot of UK research council grants have an industrial or manufacturing focus […] whereas EU funding can have projects for fundamental science,’ says Carmalt. ‘We need the fundamental research to get us to the applied.’

Schemes such as the Marie Skłodowska-Curie Actions, which support mobility between countries, ‘are fantastic for bringing across really top people to the UK’ and help diversify talent, Carmalt adds. The UK has been very successful in winning these awards. But both Carmalt and Love are concerned that Brexit will mean losing academic staff from across the EU: ‘How will we plug the gap?’ asks Carmalt. Edinburgh has already lost EU colleagues.

UK industry also gets substantial funding for research from the EU. In the first two years of Horizon 2020, companies received an average of £189 million a year. SME’s have been particularly successful, attracting more funding from Horizon 2020 and FP7, than any other country. It also accounts for a much higher proportion of R&D spend by SMEs than for the UK business sector as a whole. SME’s did particularly well in thematic funding such as ICT, nanosciences and materials.

Companies that took part in projects in FP7 report improved access to markets. Large companies also report significant benefits. The report’s authors notes that the framework programmes ‘facilitates strategic collaboration across Europe and helps underpin the innovation ecosystem by supporting the “pipeline” of ideas and talent from universities’. They also point to the unique scale and reach of Horizon 2020 – joint technology initiatives such as those on innovative medicines and hydrogen fuel cells, dwarf anything being done on a national scale.

Analysis suggests that public R&D expenditure like Horizon 2020 ‘has a significant “crowding-in” effect, encouraging further private investment in R&D outside the programme’. Studies suggest that for every €1 spent on R&D by the European commission, a further €0.74 will be invested by companies or other organisations in the wider EU economy. Technopolis argues that the effect could be stronger in an advanced economy like the UK’s.