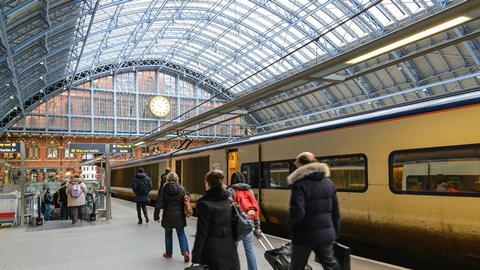 A survey by the scientific union Prospect suggests that a growing number of science, technology, engineering and mathematics (Stem) professionals are considering leaving the UK because of Brexit. The union argues that leaving the EU will cause economic problems and harm the country’s scientific reputation.

Of the 815 Prospect members surveyed, 656 are from EU or European Economic Area (EEA) countries, excluding the UK, and about half work in Stem occupations, including science and engineering. Of the respondents, 75% said they had considered leaving the UK as a result of the outcome of the Brexit referendum.

‘Our feedback shows that the government is squandering the UK’s reputation as an attractive place for foreign talent,’ Prospect deputy general secretary Sue Ferns said in a statement. ‘It also highlights a fundamental misunderstanding of the modern work environment in which skilled and specialist workers can choose where to live and work, but they do not do so in isolation. The UK’s future migration regime must not be about erecting barriers to free movement but about ensuring continued access to the skills needed for economic success.’

She also said details of how EU residents will be able to apply for ‘settled status’ under the system the government plans to introduce are lacking. Members also need ‘further clarity’ on issues such as how family will be considered and whether periods away from the UK will affect settled status.

In a separate report, the UK’s National Audit Office (NAO) has warned that the government lacks ‘coherent data’ on the distribution of science funding across different departments. It called for an analysis of funding in various research areas, saying better information is needed in order to consider the effect of leaving the EU, and potentially withdrawing from joint funding programmes, will have on the UK’s science landscape.

While two-thirds of public science funding is allocated by the Department for Business, Energy and Industrial Strategy, the remainder comes from various other departments, which creates a confused picture of how the total amount of money on offer is being used, the NAO report says.

It also identified three research areas that are in need of ‘more effective leadership’ and clearer investment strategies: climate research, robotics and advanced materials. ‘As a proportion of GDP the UK spends less on research and development than many comparable nations,’ said NAO head Amyas Morse in a statement on the report. ‘Government needs a coherent view of the UK’s research strengths relative to other nations and analysis of funding in key areas of research, so that it can prioritise areas where activity is lagging behind and ensure the UK is investing in the right areas.’