Uncovering new transformations by using electricity as a reagent

Diligence matters to Song Lin. ‘You have to make sure the things you publish are at least reproducible in your own lab and be really rigorous in terms of recording the procedures,’ he says. ‘Papers are only beneficial when we can trust the data that’s published.’ 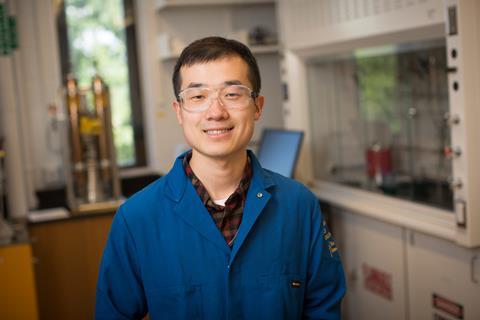 Lin explores how electricity can power reactions that aren’t necessarily possible with chemical oxidants and reductants. ‘You essentially have an infinite redox range. You can apply as high or as low a potential as you want, we’re really just limited by the stability of the solvent and supporting electrolyte. Whereas with traditional chemical oxidants and reductants their potentials are set. But what’s also cool with electrochemistry is even though it has such a wide redox window, you can still finesse. You can choose – by tuning the potential – to selectively oxidise or reduce a specific functional group.’

Last year, Lin’s team reported a way to make silyl radicals by activating chlorosilanes at deeply reducing potentials and demonstrated its use in silicon–carbon bond-forming reactions.1 ‘I’m more on the fundamental side, I love discovering new reactivities, I don’t necessarily think about the practical side or if someone is going to use it right away. If you continue to make fundamental discoveries and present people with an arsenal of reactions, I’m sure they will figure out how to use them.’

Driving chemical reactions with electricity isn’t a new concept, Lin points out; Michael Faraday and Hermann Kolbe were doing it in the middle of the 19th century. ‘I like how as chemists, we regularly reinvent ourselves and our field.’

Lin says he loves the engineering aspect to electrochemistry. ‘To begin with, there were a lot of unknowns. What kind of vessel should we use? What kind of electrodes will be compatible with organic systems? And how are we going to separate the product?’ More recently, those unknowns have spurred Lin’s team, working with collaborators at Merck, to develop a high-throughput electrochemical reactor that systematically explores electrochemically relevant parameters.2 It has 24 wells, each with a reaction volume of 200–600µl and can be used to discover, optimise or expand the scope of reactions by varying electrolytes, electrode materials and voltages, as well as traditional reaction parameters, such as temperature, solvent and catalyst. They designed the system to be compatible with high-throughput techniques and workflows commonly used in the pharmaceutical industry. The hope is that the device will help facilitate reproducibility for electrochemical reactions, and make electrochemistry accessible to a wider range of scientists.

For the first year of his independent career Lin had his own fume hood in the lab. ‘My management style has definitely changed over time. I was a lot more hands on. But now I try to give my students more space to be creative and to think about problems. It can be hard to find a balance, but ultimately you want to maximise everyone’s potential.’ 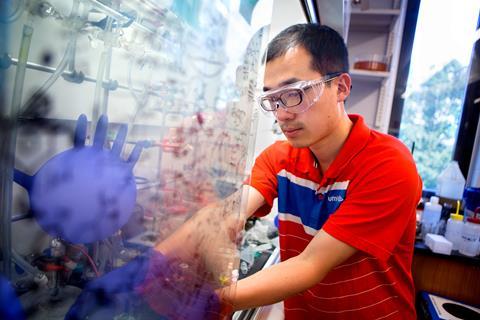 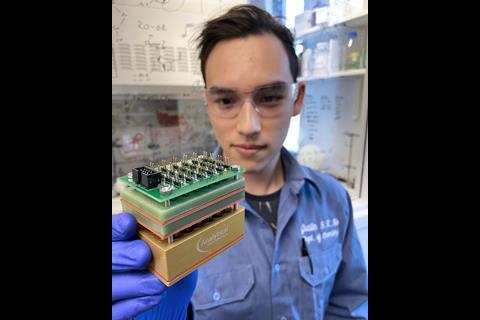 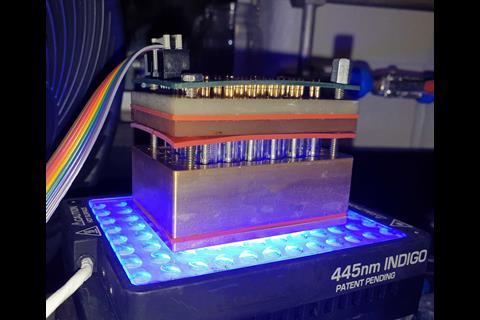 The high-throughput microscale electrochemical reactor has 24 wells, each with a reaction volume of 200–600µl

Ensuring his research group has an inclusive environment is a priority for Lin. ‘As an immigrant from China, I understand the challenges that immigrants can face in this country, but at same time, there are challenges I haven’t experienced. I try to remind myself and my students to be mindful that there are different sides of things you might not understand because you haven’t experienced them yourself.’ On the Lin research group website, a section promoting the group’s values is just as visible as the section listing its publications. ‘As a lab composed of members with diverse backgrounds, we are proud to attribute our success to an open and inclusive lab culture,’ it says. Below that sit statements from Lin and the group decrying Tomáš Hudlický’s infamous now withdrawn Angewandte Chemie essay. ‘We want people to know that is our philosophy.’

Among Lin’s many awards are several that recognise his contributions to both research and education: he received an Alfred Sloan Foundation Fellowship in 2019, a Cottrell Scholar Award in 2020 and, just this month, a Camille Dreyfus Teacher-Scholar award. He describes the psychological boost of receiving such awards: ‘I’m not the most confident person. I guess I have what you call imposter syndrome. Whenever you’re around people like Phil Baran, Dave MacMillan, all these giants in organic chemistry, you wonder if you’re ever going to make as big an impact in the field as they have. But the recognition accompanying those awards makes you believe you can do it. In some ways, it is even more important than the money.’