US chemical industry lobby group in the hot seat again 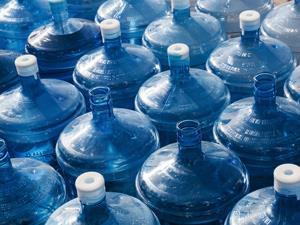 The American Chemistry Council (ACC) has come under fire once again, just months after it was publicly accused of lying about having no involvement with a phony fire safety coalition. Now, the Union of Concerned Scientists (UCS) – a non-profit science advocacy organisation – is accusing the ACC of working to promote chemical industry interests over public health, and is calling for greater transparency.

A new UCS report examines the ACC’s influence on chemical policy and reform of the outdated US Toxic Substances Control Act (TSCA) that governs US chemicals. In recent years, when a TSCA overhaul has been under discussion in Congress, the UCS says ACC has spent more than $11 million (£7 million) annually on lobbying, and has also made generous political contributions to key members of Congress in charge of chemical reform. In all, the organisation has spent $1.8 million on more than 6000 ads in the 2014 election cycle. Further, the UCS says that lobbying by the chemical industry as a whole has more than doubled since 2005 to $64.9 million in 2014.

‘The ACC has played a role in pushing for industry-friendly chemical policies that fail to protect public health, and it has often succeeded,’ the report states. It claims the ACC’s efforts ‘aimed at maintaining the status quo’ and keeping the TSCA largely toothless have worked, and as evidence of this the UCS points to the fact that thousands of chemicals currently on the marketplace are untested and unregulated in the US.

It’s our job to advocate for our members

According to the UCS, the ACC has also advocated for minimal or no regulation of chemicals, even when strong scientific evidence suggests adverse health or environmental impacts. When the scientific literature points to dangers associated with a chemical, the organisation says the ACC has reliably denied the science and brought in its own experts to counter the findings. The UCS accuses the ACC of taking a leaf out of the tobacco industry’s book.

For example, the ACC – which is the main industry group representing the five companies that produce bisphenol A (BPA) – has fought against both federal and state laws aimed at regulating the controversial chemical for more than a decade. Although many countries have banned or limited the use of BPA, the chemical is largely unregulated in the US. The FDA did ban the endocrine disruptor from use in baby bottles and children’s sippy cups in 2012, but that was in response to a petition filed by the ACC asking to ban BPA in those certain products in order to quell confusion among consumers, legislators and state regulators.

For its part, the ACC says it is simply doing what it’s supposed to as the voice of the US chemical industry. ‘It’s our job to advocate for our members, to advocate for smart policies that will drive creation of groundbreaking products that improve lives and our environment, enhance the economic vitality of communities and protect public health, and allow our industry to grow and innovate,’ the ACC tells Chemistry World.

The trade group says its top priority is to reform the TSCA in a way that reflects advances in science, today’s global marketplace and improve consumer confidence in the chemicals in their everyday goods. Regarding its involvement with the TTIP, the ACC says its goal is to advance an agreement that promotes collaboration on both sides of the Atlantic to manage chemicals more effectively. The group suggests that improving regulatory cooperation, making processes more efficient and sharing costs and information will strengthen protections for human health and the environment.

‘We are proud of the fact that we have been able to make solid progress on both fronts and we will continue to be at the forefront of the effort to enhance chemical policies in the US and abroad,’ the ACC concludes.

The UCS is also calling on investors and their representatives to pressure companies to disclose all direct and indirect political spending, including trade group membership and support for outside organisations. It also wants firms that belong to trade organisations to disclose whether they agree with the scientific and policy positions of the associations they belong to.