US vulnerable to a shortage of critical isotopes

Flaws in the US energy department’s management of critical isotopes leaves the nation vulnerable to shortages, a congressional inquiry finds 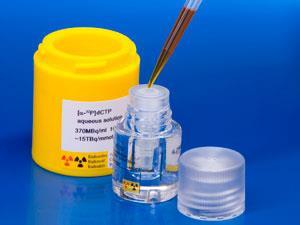 Significant weaknesses in how the US Department of Energy (DOE) manages its isotope programme could leave the country vulnerable to surprise shortages, an investigation launched by legislators a year ago concludes.

The DOE Isotope Program – which is the US’s only domestic supplier for many of the more than 300 different isotopes that are critical to medical, commercial, research and national security applications – continues to face significant challenges, according to the congressional Government Accountability Office (GAO) report.

The problems confronting the DOE’s Isotope Program, such as difficulties assessing demand for certain isotopes, have been highlighted in recent years by earlier reports from the GAO and others. In addition, previous shortages of isotopes like helium-3, which is used in radiation detectors at ports and border crossings, have underscored the importance of managing supplies of, and demand for, critical isotopes.

The new report revisits the issue to determine whether the DOE is appropriately assessing and mitigating such risks. It found that the department has identified five lists of high-priority isotopes that are at risk of supply problems, which are used to set its Isotope Program priorities.

Overall, 104 different isotopes appear on the five lists. The GAO said the DOE has failed to indicate which of these lists take precedence over the others and instead programme officials consider all five when making isotope production and research decisions. But this lack of clarity creates confusion, the GAO suggested.

For example, thallium-203, which is used to produce Tl-201 – an isotope used extensively for medical imaging and in particular for heart scans – is ranked as the most important stable isotope. Meanwhile, another list identifies the most crucial isotopes for medicine, pharmaceuticals and biology as actinium-225, astatine-211 and lead-212. These are all promising nuclear medicine cancer treatments that specifically target diseased cells.

At the same time, isotopes designated on a third list as most vital for physical sciences and engineering include californium-252, used for various purposes such as oil exploration, medical applications and as a neutron startup source for some nuclear reactors.
The report recommended that the DOE consolidate the lists of high-priority isotopes to ensure that limited resources are focused on the most important isotopes. It further urged the department to define what factors it considers when setting isotope prices.

The DOE’s Isotope Program sets reduced prices for isotopes to be used for research purposes versus commercial applications. Yet, the programme has not defined what factors it considers when setting prices for isotopes sold commercially. Without transparency in such pricing decisions, it is unclear if programme officials are setting prices consistently or appropriately, the GAO warned.

US legislators initiated the GAO probe over a year ago following revelations that the helium-3 shortage was exacerbated by communication failures within the DOE. That supply shortage posed difficulties for physicists, caused a spike in the cost of hospital MRIs and forced the US government to quickly begin developing alternatives to helium-3 in order to continue deploying radiation detectors.

‘There are no surprises in this GAO report,’ states Jeffrey Norenberg, who directs radiopharmaceutical sciences at the University of New Mexico Health Sciences Center, US. ‘The question is why aren’t we working on this to try and fix these problems.’

If the DOE can’t ensure a supply of these essential isotopes and maintain a good pricing structure, then the US’s entire energy policy will be badly affected and so will its national security, warns Norenberg, who sits on the US Society of Nuclear Medicine’s board of directors.

When it comes to medical isotopes, the true repercussions may not be clear for decades. If access to isotopes for minimally invasive imaging procedures that use low doses of radiation is restricted, patients might have to undergo more invasive procedures that increase the lifetime risk of secondary cancers.

‘We won’t see the full effect of these isotope shortages until they really come home to roost 20 years from now when secondary cancers start showing up in these patients,’ Norenberg warns. He says the DOE appears to be hamstrung in some way. ‘There is something holding them back in terms of policy or political will,’ he tells Chemistry World.

But there might be hope. The DOE’s Isotope Program is currently updating its pricing policy and developing a five-year strategic plan and it remains to be seen whether these will address the GAO’s concerns.