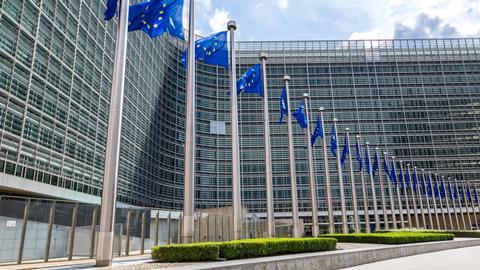 Funding for the EU’s research and innovation programme after 2020 should be doubled if the bloc is to catch up with other countries, according to a new report. It also suggests that ‘similar’ countries, such as Canada and Australia, should be able to join as associate members.

Horizon 2020, the current EU research and innovation programme, receives €77 billion (£68 billion). However, €120 billion would be a ’bare minimum’ for its successor, said Pascal Lamy, former World Trade Organization chief and chair of the expert group set up by the European commission to advise on research investment. ‘This is a big increase, but I believe it’s necessary. It is a well-known fact that we must invest more in [research and innovation] because we are moving to an economy that is more and more dematerialised, where brain juice and talent will be the main resource. We have a problem with speed because other countries like the US, China, Japan and Korea are investing more than we do.’

The group’s main message is that that Europe must do better at turning its research into new products and services. ‘This is nothing new, we’ve been saying it for quite a bit of time, but we are pretty clear that in the future we definitely need to close this gap,’ said Lamy. ‘It’s been there too long, it’s too large and it’s too much of a drag on future European growth so a big effort must be made.’

Another recommendation is to make international cooperation a ‘trademark’ of EU research and innovation which means opening up the programmes to ‘trading partners of a similar level of excellence’. For example, an associate member such as Canada could contribute to the programme’s budget and then apply for grants. Currently, the only countries with associate membership sit near the EU, such as Israel and Turkey.

Altogether the group made 11 recommendations. These include designing the next EU research programme so it’s ‘driven by impact’, fine-tuning the system for evaluating proposals and cutting the number of funding schemes.

Horizon 2020’s successor is now the subject of a public debate between the European council, parliament and commission. The commission is due to propose details in 2018. But how likely is it that the new programme will get the funds Lamy wants? ‘This is a very political exercise,’ he admits.

However, not everyone agrees with the report’s main premise that Europe is a scientific powerhouse with an innovation deficit. Alonso Rodriguez-Navarro of the Technical University of Madrid believes that the notion of excellent research and weak innovation in Europe is erroneous. The real problem, he believes, is that funding is improperly allocated.