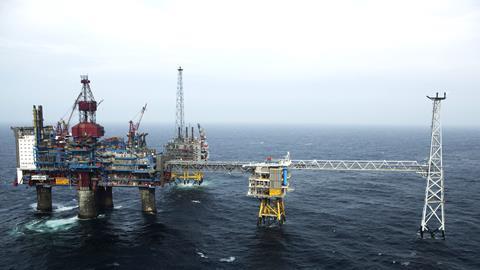 Warning that carbon capture not a silver bullet for climate change

A new report has cast doubt on the potential of carbon capture storage (CCS) to help the world transition to net zero. It says more CCS projects are underperforming than are successful because of issues with the technology and regulatory framework.

The report by the Institute for Energy Economics and Financial Analysis (IEEFA) studied 13 projects involving CCS or CCUS, which uses carbon dioxide in enhanced oil recovery (EOR), for example. These 13 CCS/CCUS projects account for around 55% of capacity worldwide. It found that seven of the 13 projects underperformed, two failed and one was mothballed.

‘Many international bodies and national governments are relying on carbon capture in the fossil fuel sector to get to net zero, and it simply won’t work,’ says Bruce Robertson, one of the report’s author. ‘Although it might have a role to play in hard-to-abate sectors such as cement, fertilisers and steel, overall results indicate a financial, technical and emissions-reduction framework that continues to overstate and underperform.’

Many of the 13 projects covered involve EOR where carbon dioxide, mainly sourced from naturally occurring underground deposits, is reinjected and sequestered in oil fields to extract more oil. Globally, 21 out of the 28 existing operational projects involve EOR. About three-quarters (28 million tonnes) of the carbon dioxide captured annually by CCUS facilities worldwide is reinjected through EOR. But Robertson warns ‘enhancing oil production’ is not a climate solution.

There are major financial and technological risks attached to CCS projects, the report finds. For example, around 90% of proposed CCS capacity in the power sector has failed at implementation or was suspended early. Furthermore, most projects don’t operate at their theoretical maximum capture rates.

However, Jon Gibbins, professor of power plant engineering and carbon capture at the University of Sheffield and director of the UK CCS Research Centre, a consortium of 10 universities and the British Geological Survey, advises treating this report with caution for several reasons. ‘One of the positive take-home messages from the report is that there are lessons to be learnt from running facilities, and there is no shame in that. Lessons such as ensuring that a facility has a back-up rock formation into which to inject, or the ability to switch solvents when catching CO2 from chimneys or waste pipes.’

Gibbins insists that CCS is a climate solution. ‘It’s not an option, we will have to make it work if we want to get to net zero. Realistically, we will still be emitting carbon dioxide, so we have to be able to capture it somehow, either from source or from the air.’

Stuart Haszeldine, professor of CCS at the University of Edinburgh, agrees. ‘CCS may not be perfect, but it’s one of many actions which need to be taken now, including decreased global oil and gas production. Better to bail fast with a leaky bucket, than to sit arguing in the sinking boat.’

He says it’s been known for many years that some CCS pilot and demonstrator projects have underperformed. ‘But it’s also true that CO2 capture is routinely operated globally with good success for transport and injection of CO2, and for separation of CO2 from gas streams. The report ignores these because the CO2 is not buried for environmental storage. That is a lack of market for CO2 storage, not a technology problem.’

Haszeldine also takes issue with the report’s mention of the high risk of carbon dioxide leakage from stores. ‘No engineered CO2 stores are known to have leaked. And several problems have been fixed by operators well in advance of any leakage because monitoring is excellent.’

In general, he says problems of ‘slow or lax’ projects are linked to poor regulation or lack of enforcement against leakage locally. ‘Where regulation is strong, CCS projects have performed as expected and reliably, for example Sleipner and Snohvit in Norway, and Quest in Canada.’

‘It is true that CCS is not showing the success it could or should have which is due to high investment costs and long lead-times for projects,’ comments Andreas Busch, professor of earth sciences at Heriot-Watt University. ‘[But] CCS has made the biggest step forward in demonstrating that it is feasible and safe. One needs to keep in mind that CCS/CCUS depend on many factors and uncertainties in terms of CO2 delivery from sources, the subsurface operation and socio-economic factors, and it needs to be done with great care. This may result in initial lower storage rates and higher costs. When the number of projects is multiplied by 10 or 100, costs will go down, and uncertainties will decrease. We can expect this to happen towards the 2030s, ideally earlier.’

The UK currently has no active CCS projects but has set a goal to reach an annual capacity of ‘up to’ 30 million tonnes of carbon dioxide by 2030. Two projects in the northeast aim to set up CCS facilities in the Humber and Teesside industrial clusters during the mid-2020s. Final investment decisions are likely in in early 2023. A decision is also expected by the end of 2022 for a project to capture and transport carbon dioxide for storage in depleted gas fields in Liverpool Bay starting 2025.