As the UK science community braces itself for funding cuts in November’s government spending review, the Wellcome Trust has some very welcome news. It is to invest £5 billion over the next five years into research to improve health. 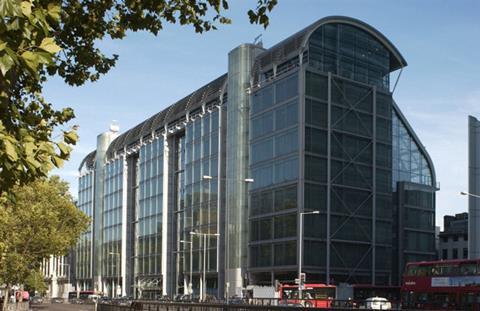 This is a significant step up for Wellcome, the world’s second highest spending charitable foundation (after The Bill and Melinda Gates Foundation), which has invested £6 billion over the last ten years and a total of £11 billion since it began in 1936.

The funding boost is a result of the success of Wellcome’s £18 billion investments portfolio, which funds all of its work and is managed by an in-house team. In 2014, Wellcome enjoyed a third successive year of strong returns, adding 15.4% (amounting to £2.5 billion) over the year. Returns over both ten and twenty years have averaged above 10% in nominal terms.

‘The Wellcome Trust has a long-standing record in science and research,’ said Jeremy Farrar, Director of the Wellcome Trust, in a statement. ‘We are able to build on that legacy with an increased commitment to supporting people and teams with great ideas in basic science and applied research, social science and the humanities, which will remain at the core of our work. But we can now also bring additional focus to some of the biggest health challenges of our time.’

Funding priorities will evolve as new challenges arise, Wellcome says, but initial priorities include drug-resistant infection, vaccination, understanding how global food systems and urbanisation connect to health, and science education. The priority areas do not have specific budgets yet. Wellcome has also launched a new strategic framework focussed on advancing the best ideas in science and research, seizing opportunities as they arise and driving reform.

Wellcome insists that the timing of the announcement, a month before the government’s Comprehensive Spending Review, which will set out spending for 2016-17, is not relevant. However, at a time when the science community is worried about future funding, this announcement puts further pressure on the government, says Kieron Flanagan, a senior lecturer in science and technology policy at Manchester Business School, UK. ‘There is a heavy hint in the Wellcome announcement that they don’t have to spend all this money in the UK. And if the UK starts not to look like the best place to fund their science in the future, then why should they? I think the timing of this is no coincidence – Wellcome are laying down a marker.’ This is not new, he adds: ‘Wellcome have previously been able to use their financial muscle to persuade government to increase its own spending on science.’