3
Industry expects problems ahead after initial relief over Brexit deal 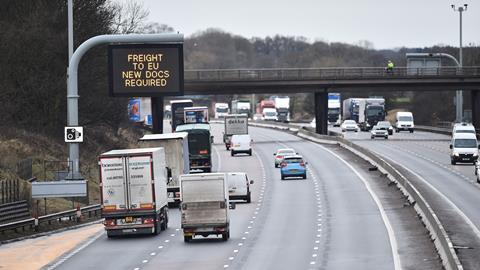 Industry expects problems ahead after initial relief over Brexit deal

The post-Brexit EU–UK trade and cooperation agreement, agreed on 24 December, brought some clarity at last for the chemical industry but questions and concerns remain as the sector comes to grips with the new rules.

In a first reaction to the deal, businesses on both sides of the English Channel breathed a sigh of relief that potentially damaging tariffs have been avoided. ‘Failure here would have seen an annual cost of at least £1 billion to the chemical industry,’ said Steve Elliott, chief executive of the Chemical Industries Association (CIA).

The German Chemical Industry Association (VCI) said the agreement ‘prevented the worst’ and laid the foundation for ‘a future close cooperation’ between the two parties.

And the pharmaceutical industry was pleased to see a deal that confirmed mutual recognition, which means that inspections and certification of good manufacturing practice (GMP) facilities by the UK regulatory authority will be recognised by the EU, and vice versa. Mutual recognition of safety and quality testing appears to be excluded, which might lead to some duplicate tests.

But although the worst has been avoided, companies have no choice but to work around stickier border crossings that will give chemicals manufacturers with distributed production a paperwork headache and cause delays to goods and raw materials.

The British Coatings Federation (BCF) expects teething problems with customs procedures as companies and their agents and hauliers get used to the new system. BCF members have been stockpiling in advance of 1 January and so far the worst has been avoided, says the trade body’s chief executive, Tom Bowtell.

‘The first week seems to have passed relatively problem-free however this seems to be because many shipments were delayed to avoid anticipated queues and other issues,’ Bowtell told Chemistry World. ‘We are likely to see more problems arise over the coming weeks, though, as cross-border traffic builds up again.’

It is inevitable that this will lead to price rises where UK manufacturers seek to recover the additional costs of doing business, he adds. ‘We do worry that EU exporters of coatings and printing inks will lose out to European competitors, who do not face the same barriers.’

Small companies are hit especially hard, having fewer resources to prepare for and respond to changes. ‘There are hidden impacts on smaller companies across the board,’ says Tim Wright, chief executive of Aqdot – a small performance chemistry company based near Cambridge, UK. Aqdot has set up a subsidiary in Ireland and moved manufacturing operations to France and Germany. ‘The job of an SME is often to be as agile as possible. I think we have anticipated the most critical areas of concern but the devil will be in the detail of the next wave of bureaucracy.’

The largest question mark still looms over regulatory alignment. The negotiations failed to secure a data-sharing agreement on chemicals between the UK and EU: the chemicals annex to the text only commits parties to exchange of ‘non-confidential information’. Without access to the European Chemicals Agency’s (Echa’s) database, the UK is forced to populate its own substance database from scratch. Industry voiced concerns that it now faces a £1 billion bill for registering substances under the UK version of the Reach (registration, evaluation, authorisation and restriction of chemicals) legislation.

Apart from this hefty bill, the practicalities and consequences of implementing UK Reach will play out gradually over the next few years. Industry, regulators and non-governmental organisations will watch closely for divergence from the EU’s chemicals safety standards, as the UK government begins to make its own decisions on authorising and restricting chemical uses. 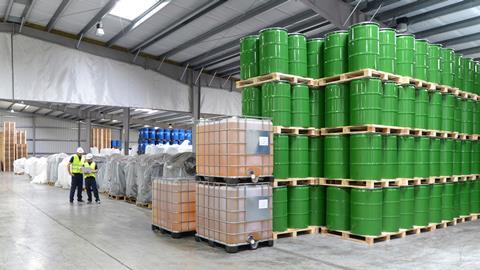 Businesses that make, sell or distribute chemicals into Great Britain will need to follow the UK’s new domestic chemicals regulations including UK Reach

This might well lead to tariffs being added in the future if one party feels the other is diverging to such an extent an unfair competitive advantage is being gained, warns the BCF’s Bowtell. If tariffs were to be applied on chemical-based products with the EU, this would cost the coatings and printing ink sector over £100 million a year.

The success of the relationship between the two jurisdictions will rest on whether decisions are based on a sound understanding of science, says Camilla Alexander-White, senior policy adviser at the Royal Society of Chemistry. ‘As long as the decisions that the UK takes are transparent and based on long-term safety and sustainability, rather than lobbying or short-term economic wins, then we should be on a good grounding to carry on on good terms with the EU.’

Meanwhile, the trade deal and accompanying chemicals annex remain riddled with grey areas. Many are to be found in UK Reach. It is unclear, for example, how decisions on authorisations and restrictions will be scrutinised and signed off, after the Health and Safety Executive (HSE) – which takes over the role of the European Chemicals Agency (Echa) – has given a recommendation.

The UK’s Chemical Business Association (CBA) asked the Department for Environment, Food, and Rural Affairs (Defra) in a 29 December letter to urgently clarify details on compliance checks, controls and data sharing. It is still waiting for a resposne.

And the UK faces potential skills shortages in disciplines such as toxicology, exposure assessment and analytical chemistry, which are desperately needed to deliver a functional regulatory system. ‘Over the past 15 years or so we have let these disciplines decline in the UK because the work was led by Echa,’ cautions Alexander-White. The UK will need skilled people at HSE and Defra to assess complex dossiers, and in industry to design safe molecules that are compliant with the regulation. In addition, the HSE will need to recruit a body of independent scientific advisers, who they can call upon in lieu of Echa’s committees for risk assessment and socio-economic analysis.

Alexander-White encourages members of the chemistry community to come forward when the regulators begin to assemble their advisory committees. She says until then, investment in boosting the much-needed skills should be a government priority.