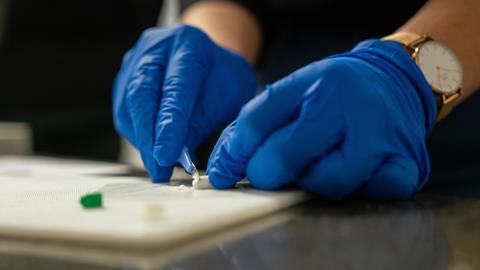 The novel psychoactive substance under investigation at the Australian National University

Australian researchers have identified a new psychoactive substance similar to ketamine but with different effects. Global drug services around the world have now been put on alert amid warnings that the drug – being sold as ketamine – has unknown long-term health effects.

Developed in the 1960s for medicinal use, ketamine is an anaesthetic and painkiller. Considered an ‘essential medicine’ by the World Health Organization, it’s receiving increased attention as a novel treatment for depression. However, ketamine’s dissociative effects make it attractive as a recreational drug.

According to the European Monitoring Centre for Drugs and Drug Addiction (EMCDDA), over the last 15 years there has been a dramatic growth in the number, type and availability of novel psychoactive substances (NPS) that are sold as ‘legal’ replacements to controlled drugs. In Europe, the EMCDDA is monitoring just over 900 of these, says Rita Jorge, scientific analyst on new drugs at EMCDDA. Twenty-eight of these, around 3%, are ketamine-like substances.

Now there is a new one to add to the list. In August, a drug user dropped into the drug checking service in Canberra (CanTEST) – the only one in Australia – with a yellowish white powder mixed with large crystals. It was supposed to be ketamine, but the client reported that he’d felt different after taking it. He wanted to know what the drug was. 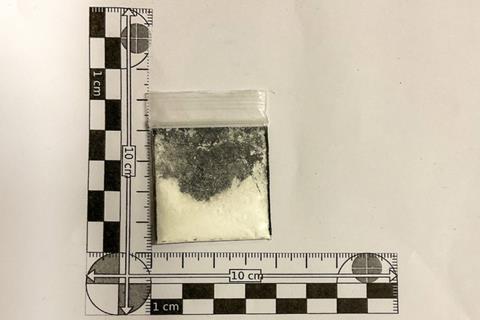 The new synthetic recreational drug is an analogue of ketamine

The CanTEST team did their usual checks. FTIR spectrometry indicated it wasn’t ketamine, as did liquid chromatography. ‘The IR spectrum strongly suggested the presence of a carbonyl group making it likely to be a “ketamine like” product – but definitely not ketamine, and probably not 2-FDCK [a known ketamine analogue (2-flurodeschloroketamine)],’ says Mal McLeod, chemistry lead at CanTEST and associate professor of chemistry at the Australian National University (ANU). ‘But whatever was there was real and quite pure.’

‘The identification of new NPS presents a major challenge,’ McLeod explains. ‘Testing provides us with the “fingerprint” of a chemical, one that will hopefully match one of the thousands stored in one of the databases available to analysts. But what happens when a fingerprint does not provide a match?’

In this case, the team took the sample to the lab at ANU. Data from GC-MS correlated closely with a ketamine derivative known as fluorexetamine. But NMR spectrometry helped the team figure out that there were four hydrogens next to each other around the aromatic ring, meaning that it could not be fluorexetamine. They established that it was an analogue of ketamine, now dubbed 2F-NENDCK, that had lost its chlorine, and gained a fluorine and an ethyl group in place of a methyl group.

In September, the team warned the CanTEST community about the rogue drug. It has since cropped up regularly in Canberra sold as ketamine. ‘In more recent cases, we have been able to inform clients of the presence of 2F-NENDCK,’ says McLeod. ‘We have no reports of other detections in Australia at this point. However, we have supplied analytical data to other forensic laboratories that will aid them to identify this material if it appears in their jurisdictions. [The problem is] that we do not know much about the long- or short-term effects of using this drug – unlike ketamine.’

Since the discovery, the team has found two mentions of the compound from forensically obtained analytical samples: one from China and another from Taiwan. In both cases, the drug had caused seizures.

‘It’s very important that we know what new drugs are on the illicit market so potential users and healthcare workers are warned,’ says Valerie Curran, emeritus professor of clinical, educational and health psychology at UCL. ‘The new ketamine-like drug identified in Canberra shows the importance of monitoring new substances worldwide.’

It is also important to find out how harmful this new compound is for users’ physical and mental health, she adds. ‘We know that ketamine itself can seriously damage the human bladder, impair memory and that some heavy users become addicted. Frequent use of high doses is also associated with brain damage and mental ill-health.’