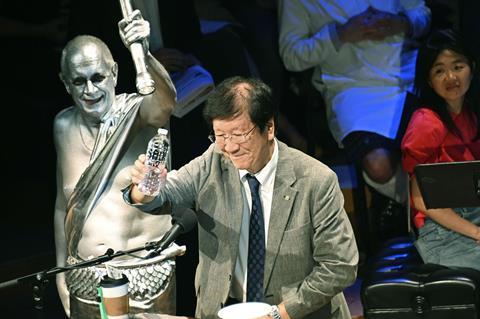 Japanese researchers have won this year’s Ig Nobel chemistry prize for estimating the amount of saliva that the typical five-year-old child produces daily. Shigeru Watanabe, a paediatric dentistry professor at Meikai University in Urayasu, accepted the award on behalf of his research team at the ceremony at Harvard University yesterday evening. His adult sons, who were among the study subjects 35 years ago, also joined him on stage. In case you were wondering, it turns out that five-year-olds generate about 500ml of saliva every day, assuming that the flow rate is virtually zero during sleep, Watanabe announced in his acceptance speech.

Among the other nine Ig Nobels handed out, the anatomy prize went to French researchers Roger Mieusset and Bourras Bengoudifa from the University of Toulouse for their work measuring the scrotal temperature of naked and clothed postmen in France in 2007. The duo uncovered a thermal difference between the right and left testicles, which they suggested could contribute to the asymmetry in male genitals. Meanwhile, an international team won the biology award for revealing that dead cockroaches stay magnetised for much longer than their living counterparts, and a group from Italy received the medicine prize for collecting evidence that pizza might protect against illness and death, if it is made and eaten in Italy.

The Ig Nobel prizes, which were created in 1991 and are presented each year at Harvard by genuine Nobel laureates, recognise ‘achievements that make people laugh, then think’. They are awarded shortly before the Nobel prizes to some of the most imaginative, and often silly-sounding, research across the sciences.