German researchers have used a combination of bioassay work and high-resolution mass spectrometry to pin down the source of endrocrine-disrupting behaviour in 18 bottled water products. Of 24,520 suspect chemicals, the one that showed consistent results across all tests and displayed anti-androgenic and anti-estrogenic activity is di(2-ethylhexyl) fumarate (DEHF). 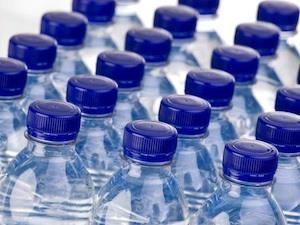 Endocrine-disrupting chemicals (EDCs), which interfere with an organism's hormonal systems, have been implicated in developmental and reproductive effects seen in nature and human medicine. More recently, suspicions have been raised that they might also increase the risk of cancer, cardiovascular and metabolic disorders. Of particular concern and public controversy have been bisphenol A (BPA) and the phthalates, organic compounds that mimic sex hormones.

Martin Wagner and Jörg Oehlmann of the Goethe University Frankfurt, Frankfurt am Main, and Michael Schlüsener and Thomas Ternes of the German Federal Institute of Hydrology, have turned their attention to bottled water given growing concerns that such products might contain worrying levels of EDCs. Wagner and colleagues obtained data on the anti-estrogenic and anti-androgenic activity of 18 bottled water products. The researchers then combined the data from water that showed such activity and found trace amounts of up to 24,520 different chemicals were present. Of these suspects, the team was able to narrow the field to a single compound by carrying out a mass spectrometric simulation. This allowed them to home in on DEHF as the only possible EDC giving rise to the relevant activity.

They confirmed the presence of this compound and isomers of dioctyl fumarate and maleate using chemical standards against which they tested the mass spectra. However, DEHF is known only as an anti-estrogenic compound, which implies that another so far unidentified EDC must be present in the samples that showed anti-androgenic activity. The team points out that these EDCs could represent an important, and so far overlooked, component of toxicological regulation.

‘This work is a "tour de force" in identification of endocrine disruptors in packaged materials, says EDC expert Bruce Blumberg of the University of California, Irvine. He suggests that, ‘it is a bit early to make any strong inferences about how detrimental these chemicals will be toward human health,’ but adds that ‘It is certain that they are not beneficial.’ Moreover, Blumberg believes that this type of analysis, ‘will be very important for our future understanding of what chemicals we are routinely exposed to and which of these pose hazards of being endocrine disruptors.’