Alexander Shulgin’s research on psychoactive drugs shows how molecules can take on a life of their own once they leave the lab, says Mark Peplow 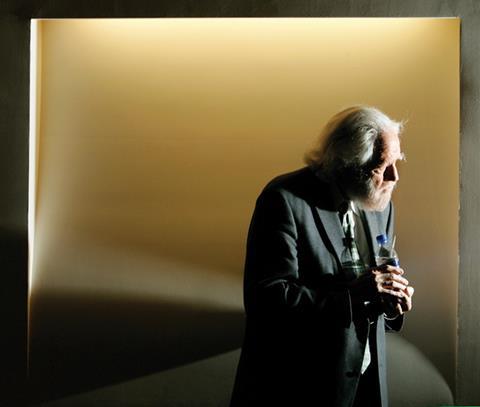 For some, Alexander Shulgin was a bold explorer at the frontiers of neurochemistry. To others, he was the wanton architect of a wave of dangerous recreational drugs: the godfather of ecstasy.

But there’s no doubt that ‘Sasha’ Shulgin, who died on 2 June at the age of 88, leaves an indelible legacy that illustrates the transformative – and sometimes troubling – power of chemistry.

After completing a biochemistry PhD at the University of California, Berkeley, in 1955, Shulgin landed a job at the Dow Chemical Company, where he created a best-selling pesticide: Zectran (mexacarbate). When the grateful company gave him carte blanche to pursue his own research programme, he chose novel psychoactive substances.

Shulgin already had an interest in psychedelics: he first used mescaline, an alkaloid found in the peyote cactus, in the late 1950s. ‘To me it was inescapable that all the richness of that day had been inside my mind all along, and the drug was just the catalyst that gave me access to it,’ he recalled in a 2005 article for Technology Review magazine.

After leaving Dow in the mid-1960s, Shulgin transferred his research to a well-equipped laboratory in his garden, making hundreds of new psychoactive molecules and testing them on himself and his friends. Remarkably, the US Drug Enforcement Administration (DEA) gave him its permission, even calling on Shulgin as an expert witness in drug trials.

Then Shulgin stumbled across a curious compound that was first synthesised by Merck in 1912. He realised that 3,4-methylenedioxy-N-methylamphetamine (MDMA) had psychoactive properties, and by the late 1970s some of his colleagues were testing the drug as an aid to psychotherapy. But the drug’s euphoric effects soon saw dealers rebrand it as ecstasy, and the DEA rushed it onto the list of Schedule 1 drugs in 1985.

The tide really turned against Shulgin after he published a compendium of his psychotropic adventures in 1990. Pihkal: a chemical love story – its title an abbreviation of ‘Phenethylamines I have known and loved’ – blended personal history with detailed procedures for making 179 psychoactive molecules. Fellow psychonauts eagerly tested his recipes – and when the DEA found copies of Pihkal in clandestine drug labs, the agency soon revoked Shulgin’s licence to work on Schedule 1 drugs.

By then, though, he was a counterculture icon. Tall, with white hair and beard, and frequently dressed in a relaxed combo of sandals and patterned shirts, he resembled the hippyish lead character of The Big Lebowski: the Dude with a doctorate.

But Shulgin inspired respectable scientists, too. His supporters point out that his work was not about getting loaded, but was born from a genuine curiosity about the structure–activity relationship of these compounds, and their potential in mental health treatment.

Indeed, many chemists can empathise with Shulgin’s fascination that simply moving a molecule’s methoxy group can spark a rainbow of colours in the mind’s eye; or that substituting methyl for ethyl can prompt profound personal insights. It hints at the exquisite subtlety of the brain’s chemistry, and its relationship with our minds.

Shulgin was also friends with Albert Hofmann, the respected Swiss chemist who first synthesised lysergic acid diethylamide (LSD) and then experienced its effects. Both men lamented that the profligate recreational use and subsequent prohibition of psychedelics hampered their legitimate use in psychotherapy. Why, then, did Shulgin ultimately become marginalised by mainstream science – in contrast to Hofmann, whose centenary was celebrated with a special symposium at his alma mater, the University of Zurich?

Perhaps it is because pure motives are not always enough to absolve a chemist of responsibility when their work is misused. Or, as a hysterical Mail on Sunday headline screamed after a spate of ecstasy-related deaths in 2001: ‘Has Dr Shulgin killed 100 British teenagers?’

Researchers who make psychoactive compounds for academic study sometimes acknowledge that publishing their work creates the potential for its misuse, but insist that is not their responsibility. The fault, they argue, lies with those who make mind-altering drugs for profit, with little concern for quality control or safety; or those who blithely take these substances with no respect for their powerful effects.

Shulgin published in high-profile journals, and tended to make the same defence. Had his molecules remained cloistered in the academic literature, I suspect that he would have attracted more support from the broader scientific community.

But Shulgin’s advocacy of MDMA made journals wary of publishing his work, prompting him to ‘go public’ with Pihkal. Here, the medium really did become the message, whatever Shulgin’s intentions. Pihkal was an open invitation for the chemically-minded reader to ‘break bad’, facilitating those wishing to profit from the drugs. It also makes Shulgin’s later denials of responsibility for the widespread recreational use of these psychedelics seems naïve at best.

Shulgin was undoubtedly a scientific pioneer – a free-thinking maverick who always believed in the value of his research. But his work also serves as a cautionary reminder that even when molecules are created with the best intentions, they can take on a life of their own once they leave the lab.