Are most new drugs really no better than existing treatments? And how do we even know?

How does a doctor know which of the various drugs available for an illness is the best for you? Usually a mix of experience and intuition, combined with interpreting the clinical trial reports and information from pharmaceutical company representatives.

It might seem safe to assume that new drugs coming on to the market must be better than the established ones. But, as research from the German Institute for Quality and Efficiency in Healthcare (IQWiG) shows, this assumption is shaky at best. Of 216 new approvals in Germany between 2011 and 2017 (including 152 new drug molecules and 64 new uses for existing drugs), only a quarter could conclusively prove they offered a ‘considerable or major benefit over the standard care’. That said, almost all of the new medicines were at least as good as their competition. 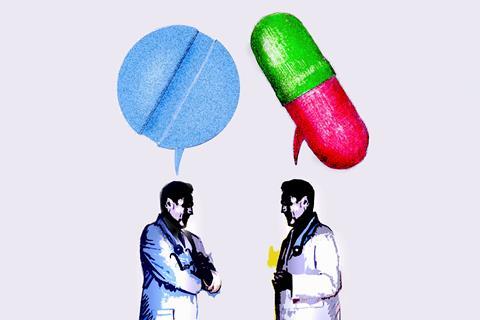 In many cases, we don’t have good data comparing drugs’ performance in head-to-head trials

One of the criticisms levelled at the pharmaceutical industry is the prevalence for several new drugs to appear with the same mechanism of action – often labelled ‘me-too’ drugs, and dismissed as ‘not real innovation’. But that argument fails to account for the long timelines and immense difficulty of developing new drugs. Even if several products are released a couple of years apart, their development will have begun 5–10 years previously, each with little or no knowledge of the others’ existence, working from some piece of newly discovered basic science that identified an opportunity. Saying that only the first one is truly innovative and valuable is to put too much faith in the ability of one team to find the perfect drug first time, while simultaneously dismissing the labours of thousands of dedicated industrial scientists.

Despite Germany’s requirement, introduced in 2011, that companies must prove new treatments are superior to existing ones, in the majority of cases the IQWiG team has examined, the evidence is unavailable or inconclusive – often because the trials haven’t been run properly (or haven’t been run at all).

Placebo-controlled trials, rather than those comparing new drugs to an existing standard active treatment(s), are significantly cheaper and easier for companies to run, but provide less useful comparative data for doctors. At the same time, measuring drugs’ performance against outcomes that are not directly clinically relevant, but measurable quickly and precisely (such as levels of a certain biomarker, rather than overall survival or the frequency and severity of disease episodes) again allows drugs to be approved using shorter, cheaper trials, but doesn’t always translate to better drugs.

Head-to-head trials would seem to be preferable for patients and physicians, but who should be responsible for running them? And how many competitor drugs need to be included as controls? Just the market leaders, or all the candidates? Demanding extra trials for a drug released a few months after a competitor seems somewhat unfair when both have already been through the same years-long process.

There is an opportunity for large national healthcare providers to harness comparative data generated as drugs are used in practice – as activist physician Ben Goldacre has campaigned extensively for in the UK. This would mean the doctors, who stand to benefit most directly from generating unbiased and useful results, have a stake in the process. But while cheaper than dedicated trials, this still requires some cash, which few healthcare systems can spare. Since companies have shown they cannot be relied upon to generate such data, perhaps it is time to relieve them of that responsibility, but maintain the requirement for them to pay for it.