I wrote here recently about how kinase enzymes had been friendly to drug discovery, at least compared to their evil twins, the phosphatases (see Chemistry World, July 2010, p25). And a look at the patent literature should convince anyone: the number of small-molecule kinase inhibitor applications over the last 10 years is impressive (or terrifying, if you’re thinking about entering the field with another one). Everyone’s been able to play, from the biggest multinationals all the way down to single-lab shops where they argue about whose turn it is to go pick up the sandwiches for lunch.

All this activity has led to a number of drugs entering the market - if you include monoclonal antibodies, there are well over a dozen therapies targeting one kinase or another, mostly in oncology. But I’ve just been very slippery with that word ’targeting’, as anyone who’s worked on such compounds can attest. The compounds tend to hit a number of different enzymes, and truly selective kinase inhibitors are hard to come by. So, is this a defect or a feature?

That depends on who you ask, because here we get to the point that everyone in the field has been arguing over: how much selectivity do you want in the real world? Cancer is a notoriously heterogeneous disease, says one camp, and until we have better diagnostics, broader-spectrum drugs have a better chance of working. Besides, not many tumour types depend so strongly on a single kinase pathway that blocking it alone would be enough for a useful therapy.

The problem is, say the other group, that nonselective compounds are surely causing more side effects than they need to. But even if we did have a complete set of inhibitor drugs, we don’t yet know which combination of kinases to block for any given patient. Given the complexities of the signaling pathways involved, I don’t think we’re going to unravel things on that level any time soon.

So, what do we do? Continue to aim inhibitors at our best-guess lists of enzymes, and hope for the best? Put that way, it doesn’t sound like much of a business plan, but I’d argue that it’s a fair summary of what’s been going on. There’s still so much need for effective anticancer agents that it’s worked fairly well, helped along by the common practice of the field, where at some point everyone ends up trying everything against everything.

Still, even if we don’t figure out the exact mechanisms, the clinicians should be able to establish some broad trends and guidelines to narrow things down. This is already underway, actually, and has implications for the kinase drugs still in development. What if the market for your new compound turns out to be much smaller than you thought it would be? Knowing that patient population before you start is one thing, but finding out along the way is quite another.

Kinase inhibitors should be useful for something besides cancer, of course. There’s plenty of activity in the anti-inflammatory field, among others, but moving outside the relatively tolerant world of oncology won’t be easy. Just recently, for example, the mechanism of the PPAR-gamma compounds for type 2 diabetes was tied to the activity of the CDK5 kinase that acts on the receptor. Fine, then, you might think - break out a CDK5 inhibitor. But that kinase is found all over the central nervous system, among other places, and it’s hard to see how you could treat diabetic patients that way without bringing on a host of nasty side effects. The safety profile for new antidiabetic agents is one of the highest bars to clear in drug discovery - could any kinase inhibitor ever make it over at all? 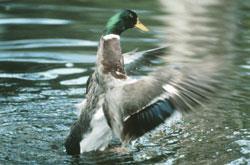 If things don’t work out, we could find ourselves eventually looking back and shaking our heads at that era when ’everyone was making kinase drugs’. We’ve had several periods of that sort in this business. Long-serving types will recall when ’everyone was making peptidomimetics’ or when ’everyone was doing combinatorial chemistry’. And who could forget when ’everyone was honking like demented waterfowl about genomics’? It’s not really fair to compare the kinase age to those, though - after all, there are all those kinase inhibitors on the market, a far better track record than many other mechanistic classes have been able to show.

I don’t think it’ll come to sorrow or embarrassment, fortunately. But we will feel the same feeling that science is constructed to make us feel like saying: ’if only we could have known then some of what we know now.’