'Natural products are back!' is a headline Derek Lowe has seen several times before

’Natural products are back!’ is a headline Derek Lowe has seen several times before 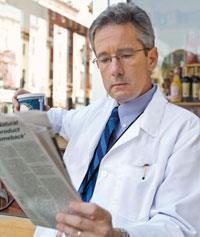 I’ve read all this before, several times’

If you look over the whole pharmacopeia, you’ll see there are a lot of compounds that got their start as natural products. And many of them are very big drugs indeed. Aspirin is just the acetylated form of the active component of willow bark after all, and the cholesterol-lowering statins trace their ancestry back to fungal products like compactin.

This makes sense. After all, why should a cell expend its metabolic energy making something complex but useless? These molecules are the evolutionary winners and they’re being made for a reason. Those reasons can be the same as ours (as with the antibiotics), or just fortunately overlap with them (as shutting down the mevalonate pathway does with the statins). No, you ignore natural products at your peril.

So why do so many companies ignore them then? I’ve lost count over the last 20 years of the number of times I’ve seen articles about the revival of natural-product-based drug discovery. Once forgotten, the subheads usually say natural products are making a big comeback in modern pharmaceutical research. It never quite seems to happen though, and a couple of years later someone else writes the same story. Articles in the technical journals are more in tune with reality, but that leaves them as periodic exhortations not to forget that natural products exist, sometimes with a bit of aggrieved pleading at the end for someone to please take them seriously again.

I can think of two big reasons for how things got to this point and they’re not mutually exclusive. First, the more obvious winners have already been found. The salicylic acids, morphines, and penicillins have been searched for so diligently that there aren’t any more of them out there. Chemically speaking, searching for new natural products these days is largely an exercise in finding compounds that we already know about. The counterargument is that new targets are coming along all the time, as are new sources for compounds (marine organisms, difficult-to-culture fungi, and so on). So while it’s hard to make the case that we’ve found all the interesting compounds, it’s quite possible that we’ve found all the interesting ones that are easy to get at.

And second, natural products are harder (perhaps too hard) to develop into drugs. This often comes down to a synthetic chemistry challenge, which is a fairly rare event in drug development. But if you want a synthetic challenge, there’s no better place to find one. Even chemists who have no interest in total synthesis can admire the wild (and wildly complex) structures found in this area.

These synthetic difficulties can manifest themselves in different ways, and crucially lead to different outcomes. Lovastatin, for example, was a groundbreaking compound right from the fungus, as was penicillin. In these cases, the hard work was more in working out growth and fermentation conditions, as well as techniques to isolate and clean up the good stuff. On the other hand though, years of work on the discodermolides ended in expensive failure, and there’s a long list of tough compounds whose activity in the end, wasn’t good enough to justify the effort. In between those extremes would be molecules such as the taxanes - complex, difficult, expensive, hard to dose, but still eventually worthwhile.

The current candidate for that ’eventually worthwhile’ category is Eisai’s eribulin, a terribly complex molecule that had to be made from the ground up, instead of getting any synthetic advantage from its completely unfeasible marine source (halichondrin B, isolated from a Japanese black sponge). It’s a synthetic chemistry effort the likes of which the industry hasn’t seen in years. Clinically, the drug so far falls into a roomy category of oncology (useful-but-no-miracle), but we’ll have to wait to see how successful in the long-term it is. Predictably though, its advent has inspired the latest round of ’Natural products are back!’ articles, an effect which should be good for another two years at least.

Are they? Only for the right natural product, for the treatment of the right disease, sold at the right price. It’s a tough intersection to work in.