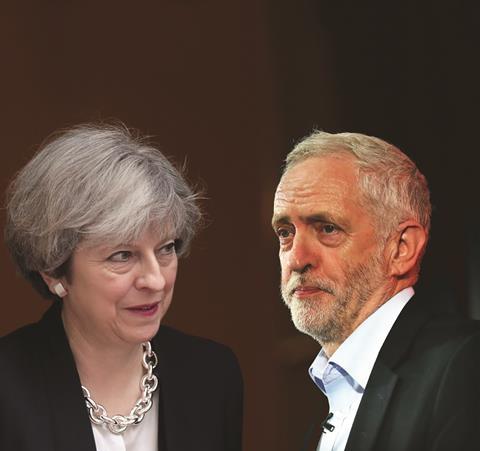 It’s election time again – Britain decides. And for first time ever the manifestos of the two main parties have made bold commitments to back science. This matters as the country’s first past the post system (whose inequities I have been known to expound on about at length down the pub!) means the UK is locked into a two-party system. If both parties recognise the importance of matching our technological competitors on the global stage then science can’t fail to win, whichever party leads the country. If they are kept, the pledges being made now will translate into billions more for science each year, doubling R&D spending.

This new ambitious spirit on R&D can be seen in Labour’s manifesto, which lays out a pledge to raise R&D funding to 3% of GDP by 2030 – a tip of the hat, perhaps, to Harold Wilson’s Britain reforged in the ‘white heat’ of technology. But despite a recent narrowing of the polls between Labour and the Tories, the Conservative party is still expected to win a majority – even if it is a rather slimer one than Theresa May hoped for. So, while Labour can promise the earth, it seems unlikely they’ll have to deliver. But the Tories, whose manifesto was released after Labour’s, have made similar promises. They’ve pledged to increase R&D spending to 2.4% of GDP in 10 years. And just like Labour they aspire to commit 3% of GDP, in line with nations such as Germany and Sweden who have an exemplary track record of funding innovation. No word on when the country should reach this target though.

Currently, the UK invests around 1.7% of its GDP in R&D. Public investment makes up around a third of this and business the rest, so to make any big rise in R&D funding feasible business needs to be on board too. Quite how the next government will entice firms to invest more now for greater future returns remains to be seen, but private money tends to follow public so there’s a good starting point.

Manifesto promises that prove politically unpalatable or too expensive have a habit of being broken, unfortunately. But as recent history has shown with a mooted tax rise for the self-employed, governments can be held to account on their manifestos. But supporters of science and innovation and scientists themselves – ever wary of getting involved in politics – will have to follow through. If those promises are honoured it could be the start of a new era for research in the UK. The question is: are there enough votes in science to make this stick?