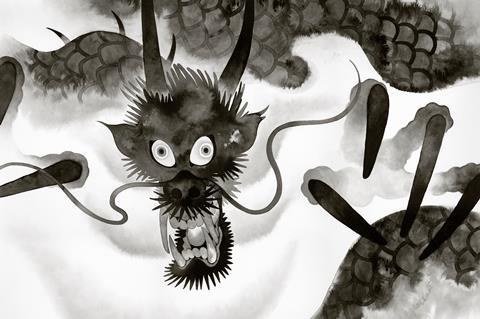 As anyone familiar with the immune system is aware - here be dragons!

Since everyone is being forced these days to think about immunology, let’s consider it in terms of chemistry and drug discovery. You can get two very different perspectives based on where you stand. From one view, inflammation and immune response might look like a wonderfully productive area for small molecules. Aspirin, dexamethasone, ibuprofen, hydrocortisone – there are classic drugs that work on and near these pathways and have been used successfully by uncounted millions of patients. In the modern era, the list of best-selling prescription drugs prominently features antibodies and fusion proteins aimed at immunologic targets such as TNF-alpha and CD20, as treatments for inflammatory diseases from rheumatoid arthritis to cancer.

But from another vantage point, the whole field is full of trap doors, dead ends, and irritable dragons. Dexamethasone and other such steroids have such powerful effects (and powerful side effects) that they have to be administered carefully and for short periods. That’s why compounds such as ibuprofen were hailed as being anti-inflammatories that (good news!) weren’t steroids. The list of potential side effects for those antibodies is also long and impressive. To pick a particularly dramatic example that many will recall, a 2006 attempt by TeGenero to create a ‘super-agonist’ for the T-cell receptor CD28 led to catastrophic effects in the Phase 1 volunteers, many of whom barely survived the initial dose.

That’s what the immune system has to offer: tremendous power, but power that can be aimed in all sorts of directions. And because immunology itself is so wildly, insanely complicated, there are a bewildering number of potential targets to think about. We’re looking at hundreds of millions of years of evolutionary tinkering; there are layers upon layers of tangled, interlocking signaling pathways and mechanisms. There’s the innate immune system – always on but rather nonselective – and the adaptive system that features a gigantic combinatorial chemical library of antibodies that we all carry around with us for our entire lives – slower to get going, but capable of feats of recognition that we still have trouble matching in the laboratory. Those aeons of evolution have been a walk down the narrow path between too little activity, opening the door to fatal infections, and too much, leading to autoimmune syndromes and responses to an infection that are worse than the disease itself. It’s little wonder that the systems are encrusted with regulatory loops, flywheels, and gear-shifting mechanisms.

As usual, most of what drug discovery has to offer is an assortment of grit, sand, and spanners to throw into this apparatus. We are far, far better at shutting particular enzymes and receptors down than we are in turning any particular signal up. When you do see a drug mechanism that enhances some sort of activity, odds are good that it works by inhibiting something else that was in turn suppressing the desired target. A great number of interesting ideas in the field don’t seem to be amenable to small-molecule manipulation at all, which is where those antibodies come in. The requisite binding sites can be too large and the selectivity needed to target them may be too great for anything other than a good-sized protein to have a chance.

That’s meant that immunology has been a proving ground for new therapeutic ideas and new modes of action. Monoclonal antibodies and fusion proteins are just the beginning. Mechanisms targeting protein expression, intra- and extracellular localisation, degradation, and the intricate varieties of post-translational modification are all highly relevant to immune and inflammation pathways. Add in the number of genetic immunological problems that can occur in the population, which would be targets for gene therapy or RNA mechanisms, and you have the whole range of cutting-edge drug research being brought in.

Most of these are too early in the process to be of likely use against the Covid-19 pandemic, of course. But we are learning a great deal about immunology very quickly under these conditions, with the huge efforts going into characterising the pathogen; treating the overactive immune response to it; and developing antibodies and vaccines against it. We’ll come out of this, and we’ll come out of it with more tools and more knowledge than when we went in – all acquired at a faster pace than we ever would have achieved otherwise. Let’s take the benefits where we can find them!