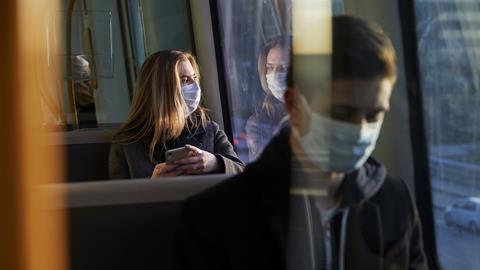 Should researchers infect healthy people with Sars-CoV-2 to speed up vaccine testing?

As the pandemic drags on its costs continue to mount. At least 41 million have contracted Covid-19 and 1 million have died. As the northern hemisphere heads into winter a rise in cases is predicted once more. Many of us are pinning our hopes on a vaccine to help the world plot a course out of the pandemic. Could challenge studies give vaccine trials a shot in the arm?

Vaccines take time to develop – and particularly to test. One of the reasons is because researchers have to wait and see if there’s any difference in the infection rate between those that received the experimental vaccine and the placebo. Challenge studies – where the participant is exposed to the live virus in a clinical setting – might speed up trials, giving researchers a much more rapid assessment of any Sars-CoV-2 vaccine’s effectiveness. The world’s first Covid-19 challenge study has now been proposed for the UK. But is it ethical to give volunteers – albeit young, healthy ones – a potentially deadly disease for which there are few treatments?

Clinical trials are never without risk. In 2016, a volunteer died in a French drug trial and four others were left with lasting neurological conditions. The drug candidate was an inhibitor of the enzyme fatty acid amide hydrolase (FAAH) being trialled to treat a range of problems including anxiety and chronic pain. It appears that while the drug candidate bound covalently to FAAH, it also bound to a host of other enzymes. Many of these are also expressed in the brain and as the drug dose was raised it had terrible side-effects. Readers may also be familiar with the disastrous 2006 trials at Northwick Park Hospital in the UK. In this case, an experimental antibody to treat leukaemia led to a ‘cytokine storm’ – a massive inflammatory response – in trial participants. All six volunteers that received the antibody were hospitalised with organ failure.

As with all new technologies, ethical issues abound – just ask this year’s chemistry Nobel laureates. The scientific community had to grapple with the ethics of the real-world use of Cripsr–Cas9 to modify humans much sooner than expected after gene-edited babies were born in China in 2018. When weighing up new and uncertain interventions it’s about taking a hard look at the risks and the benefits. The consensus view is that gene editing is still too dangerous and unpredictable for use in humans.

To my mind, however, the rewards are great enough to justify the risks of a Sars-CoV-2 challenge study. The human cost of the pandemic has been high and the risk to volunteers monitored in hospitals will be low. The sooner an effective vaccine is found, the sooner the course of the pandemic can be changed. Tens of thousands of lives could, potentially, be saved. It remains to be seen whether the UK study will get the green light, but if it does, those selfless trial volunteers will have earned the thanks of millions – perhaps billions – of people around the world.