In search of the chemical bond 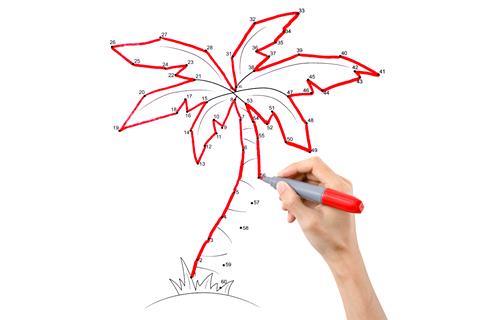 Source: Based on © Shutterstock

How do atoms join together? One option is to think of bonds as patterns of interactions between subatomic particles

There are few chemical concepts that are as well-known as the chemical bond. Casually defined as the glue that binds atoms together, it is impossible to avoid learning of bonds when studying chemistry. And while defining the bond like this may seem crude from a scientific perspective, chemists haven’t really agreed on a more sophisticated uniform definition.

There are two reasons for this. First, there is no consensus on which are the essential features of a bond. From ionic to covalent, to metallic and multi-centre bonds, each type is characterised differently and exhibits features that the other types do not. Moreover, strange new bond types continue to be discovered. In fact, bonding is found in forms, situations and circumstances that do not match with how bonds are typically understood in theory and practice. The result is a proliferation of different types of bonds that – at least on the face of it – seem detached and disunified.

Secondly, there is persisting disagreement about whether bonds even exist. This debate reached its peak when quantum chemistry emerged as a field. At that point, most chemists followed the traditional conception of bonds that was formed by Gilbert Lewis in 1916, who defined them as a pairwise relation among atoms. He explicitly stated that bonds exist, proclaiming that ‘in the mind of the organic chemist the chemical bond is no mere abstraction; it is a definite physical reality, a something that binds atom to atom’. On the other hand, the development of the molecular orbital approach in quantum chemistry some decades later led scientists such as Charles Coulson and Robert Mulliken to claim that bonds are artefacts. In Coulson’s own words, a bond ‘does not exist: no-one has ever seen it, no-one ever can. It is a figment of our own imagination.’2

Unsurprisingly, philosophers have taken notice of this situation. After all, the existence of entities that are not directly observable by our senses – whether that is bonds, electrons or fields – is a central question in the topic of scientific realism.

To decide whether bonds exist – and if so, what sort of things they are – one needs to precisely understand first the relevant views that prevail in science. To this end, Robin Hendry has introduced two conceptions for the chemical bond: the structural and energetic conception. According to the structural conception, bonds are ‘material parts of the molecule that are responsible for spatially localized submolecular relationships between individual atomic centers’. This definition retains the spirit of Lewis’s notion that bonds have a localised character. In the energetic conception, by contrast, bonds refer to ‘facts about energy changes between molecular or supermolecular states’.3 This definition follows the revisions introduced by quantum chemistry around the nature of bonding, focusing primarily on the energetic stabilisation that a system achieves and taking into account the role of electron delocalisation.

Each conception accommodates different views on the existence of bonds. Adopting the structural conception allows one to be a straightforward realist about bonds. By adopting the energetic conception, bonds can be completely dismissed – or the very least reconsidered as being molecular-wide phenomena.

So far, philosophical debate has revolved around the tenability of these two conceptions.4 However, this is not the only way to think of bonds, and drawing inspiration from alternative ideas in philosophy can be particularly illuminating. For example, I recently argued that bonds could be understood as patterns of interactions among subatomic particles.5 To support this, I applied Daniel Dennett’s account of real patterns, which states that patterns exist in a system if it is possible to describe that system more efficiently than by enumerating all the fundamental entities and interactions that make it up.6 So, for example, you could enumerate the colour and position of each dot on a canvas to describe the image portrayed, but the fact that you can describe it more simply – by saying that a palm tree is drawn – is what tells us that a drawing exists and not just a collection of dots. Similarly, this can be said about bonds, which are real patterns because they are used to describe the state of a molecule more efficiently than by reference to each and every complex interaction that occurs among the respective subatomic particles.

There are two advantages to such an understanding of bonds. First, it captures their essential nature while allowing for different characterisations and types to explain how they occur in specific systems or under particular conditions. Second, it retains the reality of bonds: they are not fictional things, but rather arise as actual existing patterns in the world.

Is then the question of bonds settled? Far from it! Each proposal is open to critique and objections. What I hope to have illuminated is not what bonds are, but how philosophy of science can help us discover new ways of understanding the bond and its potential existence.