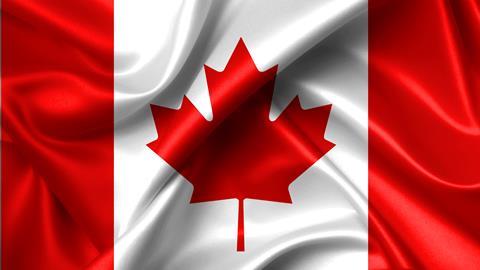 Fundamental science falling by the wayside in Canada

The number of Canadian researchers conducting fundamental research has collapsed over the past decade, changing ‘the very nature of how science is conducted in Canada’. A report on restoring Canada’s research competitiveness from the Global Young Academy, made up of scientists at the start of independent research careers, states that the researchers they canvassed ‘are sounding the alarm bell for our future as a global leader for innovation, discovery and thoughtful progress in a world where the reasoned search for truth has never been more important’.

The report’s authors identify a C$459 million (£275 million) hole in funding for fundamental research at the country’s three research councils, which they want the government to start filling next year. Over the past decade or so, federal funding has stagnated, at the same time as there has been a shift in the balance of funding away from investigator-led research. At the National Science and Engineering Research Council (NSERC), for example, funding for applied research, often with industrial partners, has been growing since 2005: it was up 51% to C$369 million by 2013, although it slipped back recently. Support for the NSERC’s discovery programme of basic research has fallen 16% from a peak of C$503 million in 2007, to C$420 million in 2015. ‘Time and again it’s been proven that people got their start in the discovery programme – this is an excellent way to foster research yet government seems to ignore it,’ says Kim Baines, president of the Canadian Society for Chemistry.

The funding gap has been exacerbated because provincial governments have been managing a rapid growth in academic scientists to meet an expansion of student numbers, with the ‘nasty side effect of massive inter-generational inequity’, explains report author Jeremy Kerr.

The shift from fundamental research is underlined by responses from 1300 scientists who’ve been involved in grant applications. Forty percent say they have changed the focus of their investigations away from basic research. The proportion of scientists engaged only in fundamental research dropped from 24% in 2006–10 to 1.6% in 2011–15.

Jim Woodgett, director of research at the Lunenfeld-Tanenbaum Research Institute, suggests the figure may be overly pessimistic because scientists still try to find ways to do pure research. Nor is the push for applied research always a boon for young scientists. Young people struggle to get established, explains Baines, because universities ‘want them to get partnerships funding but industry only wants to work with established researchers’.

The Young Academy is concerned new researchers will be lost to science. ‘We know when our students and postdocs see how their lab heads struggle to find resources to support them, they wonder if there is a future for them,’ remarks Woodgett. Scientific skills are useful outside academia, but the concern has to be that the very brightest minds won’t go into science at all. ‘We’re losing those people without even knowing it – and we’ll pay the price in 10–15 years’ time.’

The report recommends the government links funding for fundamental research to the number of active researchers, so that ‘success rates should stop looking like a lottery’. Woodgett doubts any politician would agree to that – a balance has to be struck. ‘The argument has to be: if you don’t fund research at the appropriate level you lose out in the long term.’ He points to a recent major review of research conducted at the behest of the new government of Justin Trudeau. It concluded that federal government should aim to restore funding of investigator-led research to levels seen in the early 2000s. That would require C$485 million over four years to help redress the balance.