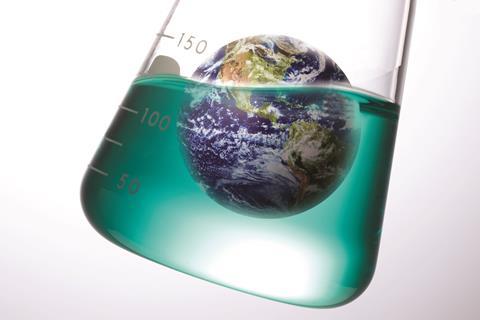 Catalysis is a cornerstone of chemistry. A quick survey of my colleagues showed it’s hard to name an industrial chemical process that isn’t catalysed. But most catalysts in commercial use rely on elements in short supply.

Society is now familiar with the term carbon neutral. But replacing one finite resource should not be at the expense of another. Renewable energy technologies will consume vast quantities of raw materials and will only be sustainable if the metals and minerals they demand are available.

I’m always glad when Chemistry World reports on innovations that use earth abundant elements. Take this electrocatalyst made from copper oxide and tin oxide that we covered at the beginning of June. It uses sunshine to transform carbon dioxide from a troublesome waste product into a useful chemical feedstock by reducing it to carbon monoxide. And the following week we brought you a biofuel catalyst that ticked even more green chemistry boxes: made from a waste product – dirty foil – that would otherwise have gone to landfill.

Materials scientists spent the latter half of the 20th century cooking up and sampling a smörgåsbord of combinations from the periodic table. You can’t deny how rich that bounty has been and some of those materials are now ingrained in technologies we wouldn’t be without. But if renewable technologies are reliant on scarce resources, then implementing them on a globally significant scale is simply unsustainable. Efficient materials design and recycling will only get us so far. We have to be realistic about our planet’s limits – waiting for resource shortages to turn our attention to more abundant elements is irresponsible.

So it’s great to see catalysis that doesn’t automatically turn to iridium, platinum, palladium and ruthenium. Chemists are transitioning to a sustainable mindset by chasing and tuning compounds, ligands and conditions to tame base metals, or carbon and silicon, creating catalysts that compete with the selectivity and activity of the precious metal compounds that have dominated.

Biology is, as usual, top of the class, when it comes to catalysing a plethora of processes quickly, at room temperature, in water, at neutral pH, with high selectivity and using abundant, rather than rare, elements. Enzymes don’t always catalyse the reactions we want but they do show us what’s possible.

Developing sustainable catalysts won’t be simple but it’s great opportunity for exciting science and without a doubt, will be integral to the future of our planet. After all, isn’t doing more with less what catalysis is all about?