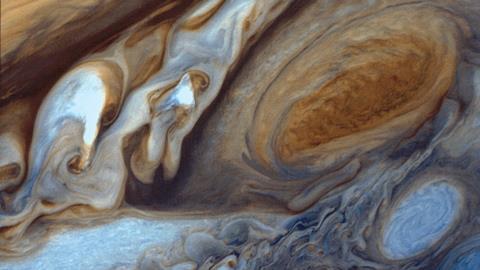 Science among the stars

How universal is the chemistry we know? For that matter, how universal is chemistry? The physicists, with an assist from the cosmologists and astronomers, have a legitimate claim to discovering basic scientific truths that reach as far as we can detect. No matter where we look around the solar system, our own galaxy or into other distant galaxies entirely, everything seems to follow the framework laid out by relativity for gravity and motion.

The quantum-mechanical behavior of light (and other electromagnetic waves) remains the same as well. That covers a lot of ground. I’ll leave aside the pesky little – well, pesky big – problem of dark matter, which apparently means that the great bulk of matter in the universe is in a form that we can’t detect except through its gravitational effects. At least that’s also the same everywhere we look, whatever it is!

But that mention of light means that now we’ve let in analytical chemistry – and that gives our science the same universal reach. Wherever we look in the universe, we find the same elements behaving in the same ways: emission, absorption, oxidation state and so on. Copper sulfate hydrate, if we ever find it on the fourth planet of the Tau Ceti system, will be just as blue there as it is here on earth (intrinsic colour of local sunlight and atmospheric conditions allowing, of course).

And because those elements are all behaving similarly, organic chemistry acts the same way, too. You can find some more exotic species (such as reactive radicals and ions) in interstellar clouds, isolated out in the cold and unable to react with anything, but they’re nothing that you can’t study on Earth, given sufficient care. Otherwise, all of an organic chemist’s old friends are out there – acetic acid, formaldehyde, acetonitrile and so on. Judging from comet and meteorite samples, once you get to the solid surfaces of extraterrestrial bodies you find rock, ice and a list of common industrial chemicals that you can order up in rail-car quantities here on Earth.

The largest planet in our solar system, vast and almost entirely untouched by mankind, resembles nothing more than a giant industrial accident

More complex samples, like the Murchison meteorite are full of small carbohydrates, amines, nitriles, acids and so on. This means that plenty of named condensation and heterocycle-forming reactions are taking place right now on and around other planets, because they all have the same building blocks we do. The sameness extends (a bit unnervingly) to simple biomolecules.

The Murchison samples famously include amino acids and some of the purine and pyrimidine nucleobases, which makes a person wonder if our biochemical template for life is some sort of standard model. If and when we do discover extraterrestrial organisms, they may be so similar to us (proteins, nucleic acids, carbohydrates) as to give us allergies. Admittedly, many alien contact scenes from science fiction would be significantly diminished if everyone involved suddenly started sneezing uncontrollably and breaking out in hives, but it can’t be ruled out.

These mixtures are only the beginning. A look at the atmosphere of Jupiter (or at the reddish material coating many asteroids) leads an organic chemist to thoughts of the yellow, orange, red and brown materials that are formed as side products in many reactions and wind up stuck to the beginnings of silica gel columns. And why not? The colorful materials in Jupiter’s clouds are also being made from simple organic building blocks that are being stirred, heated, irradiated and pressurised. There must be every imaginable variety of organic chemistry gunk floating around there by now; if you made an accurate simulation of the mixture in a lab by mistake, you’d probably throw it into the disposal can as a failed reaction. The largest planet in our solar system, vast and almost entirely untouched by mankind, resembles nothing more than a giant industrial accident.

So goodbye to the old pulp science fiction stories with their weird otherworldly elements and bizarre compounds from the reaches of deep space. Other worlds have what we have. In retrospect, this started becoming clear with Kirchhoff and Bunsen in the 1850s with their studies of the dark lines in the sunlight spectrum, and with William and Margaret Huggins who later extended this idea to the brighter stars and nebulae. It’s chemistry, good old chemistry, all the way out as far as we can see. That bottle of solvent is the stuff that’s floating between the stars.