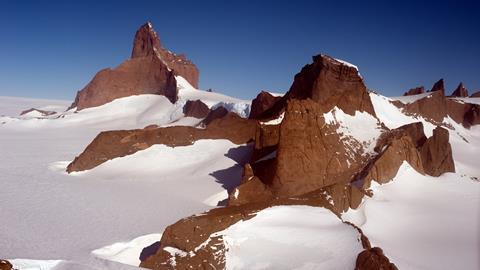 Around 430,000 years ago, a giant meteorite exploded in mid-air over Antarctica, scattering vaporised material thousands of miles across the continent. The discovery by a team of geochemists, is unusual because ‘airburst’ events of this type, which don’t form impact craters, are usually only identified through eyewitness accounts, rather than chemical analysis of geological samples.

Perhaps the most well-known airburst event was the 2013 Chelyabinsk meteor, which created an enormous explosion that damaged 7200 buildings in six cities, injuring over 1000 people. Several witnesses captured the event on dashcam videos that were widely shared on the internet. While the Chelyabinsk meteor was estimated to have been around 17m across, the Antarctic airburst would have involved an asteroid with a diameter almost ten times larger, between 100–150m. 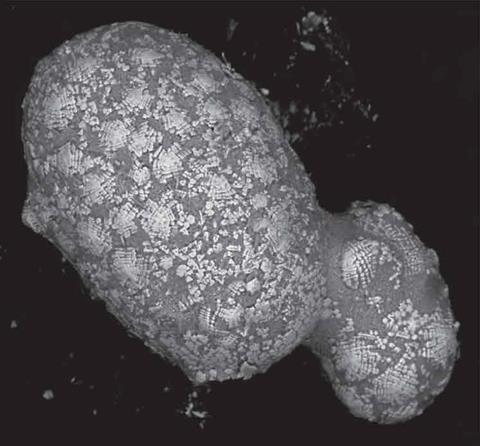 Scanning electron back-scattered images of tungsten nitride particles in the Antarctic meteorite sample. By examining the composition of samples found across Antarctica researchers were able to estimate the size of the meteorite that exploded above the continent

The researchers behind the new discovery examined particles collected from the Sør Rondane mountains in east Antarctica. The samples’ high nickel content showed that they came from a meteorite, while analysis of the oxygen isotope signatures enabled the team to piece together how the particles formed – a mid-air explosion that released a jet of vaporised material, which then interacted with Antarctic ice sheet.

The elemental composition of the material is consistent with samples previously found at other sites on the across Antarctica, suggesting that these were all formed by a single major event that spread material across most of the continent. The researchers warn that an asteroid of this size exploding above a densely populated area today would likely result in ‘millions of casualties and severe damages over distances of up to hundreds of kilometres’.