One thing I’m sure of after 20 years of blogging about drug discovery and development is that the general public doesn’t pay much attention to it. The average person, from what I can see, has only a hazy idea of where drugs come from at all: a low-resolution mental picture of a bunch of people in lab coats doing vaguely-defined things with Erlenmeyer flasks and microscopes. Where these people are, what they’re specifically doing with that equipment, how long it usually takes to do it and how often it all actually works are not part of the scene. 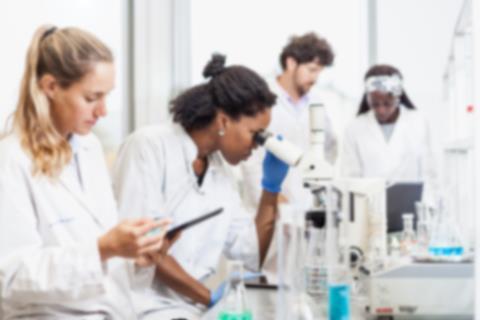 ’The average person has only a hazy idea of where drugs come from: a low-resolution mental picture of a bunch of people in lab coats doing vaguely-defined things with Erlenmeyer flasks and microscopes’

Which is why I wonder about the possible public-opinion effects of some of the development timelines we’ve seen during the past two years of the Covid-19 pandemic. The successful ones were extremely rapid and extremely impressive, if you do know the business, and my worry is that people will assume that this is now the norm. Worse, they may assume that it always could have been the norm, and that whoever those people are that discover drugs, well, they must have been slacking off all this time.

One thing that sped up all these projects was the ’drop-everything, here’s-a-bucket-of-money’ approach that had to be taken

Many readers of Chemistry World will know that this is not the case. The biomedical community had a huge head start on this latest pathogen because of work that had been done on previous coronavirus threats, fundamental research that greatly accelerated the development of both vaccines and small-molecule antivirals. That doesn’t seem to be generally known, and here’s something else that isn’t: even with that advantage, a great many of these projects never worked out. An interesting experiment is to go back and read articles from 2020 that summarised the coronavirus vaccines that were under investigation at the time. You will feel as if you’ve stepped back into a distant world that you can barely recall; there are things on those lists that have never been heard from again. What happened to all these projects is what you think happened to them: most of them didn’t work, and most of the ones that worked didn’t work well enough to be of any real use.

Something else that sped up all these projects was the ’drop-everything, here’s-a-bucket-of-money’ approach that had to be taken. There are definitely times when that is the right tactic, and this was one of them. But it’s not the long-term way to do research or to do business, no more than you can break a marathon record by stringing together a series of 100m sprints. And we shouldn’t forget some of the less uplifting (and less sustainable) aspects of the whole period: for one, a lot of other useful research slowed down or even came to a halt. And to be honest, some of that other work was getting pushed aside for no very good reason, because far too many poorly executed and statistically underpowered clinical trials were being run, and far too many low-quality papers were rushed together and published just because they bore on some aspect of the coronavirus. None of that did the world much good, and some did real harm by spreading confusion and wasting resources.

Here’s how I’d rather things were seen: rather than being some kind of ‘new normal’, the successful pandemic drug development projects actually established the new speed records, set under the most unusual conditions that we could have asked for. The problem is, this is going to sound like special pleading to anyone who hasn’t done any drug research of their own. ‘Of course you can deliver a new drug in a year,’ comes the response, ‘because we saw you do it. We’re sure that you can do it again, now that you know how!’ I apologise if that last part brings back ugly memories for some readers – it’s a constant hazard of R&D for managers (or other outsiders) to assume that a given success must mean that all the problems along the way to it have now been solved forever. It’s far more likely in these cases that you’re looking at survivorship bias (consider all those vaccine ideas that never achieved liftoff), or perhaps even at a generous amount of sheer good fortune. No one likes to admit having had a boost from random luck, but no one who’s done research will ever discount it, either.

I hope that these are moot points. I hope that governments and constituencies and the people on the proverbial street aren’t already assuming that the next time there’s a major medical crisis that drug development will just naturally come through in the same way. I hope it does! And I hope it can. But we’d better be ready for the alternative and a bit of regression to the mean – if you know what I mean.